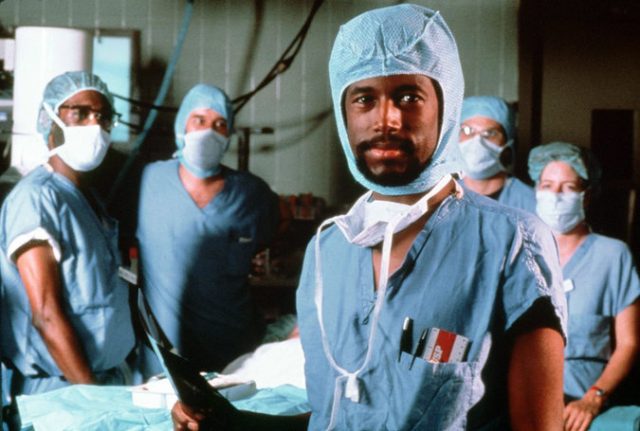 Marquel, TPVs NYTimes Beheading Section correspondent, on his way for a full split-personality evaluation felt tired, took a rest and read Ben Carson has the same problems. With Ben Carson, the Doctor and the Politician Can Vary Sharply.

As a surgeon, Dr. Carson was praised for his dedication and attention to detail, but as a candidate, he has sometimes seemed imprecise or ill informed. But even as a doctor, he lost 4 out of 5 of his famous joined-at-the-head twins. And that was his specialty. Batting .200 as a world famous doctor doesn’t inspire confidence, thought Marquel.

So with only one out of five surviving well, what’s with this operation? It seems like it’s Carson’s chef d’oeuvre, but what a miserable record. Does he have any hopes for it in the future?

Marquel asked Carson and Carson made an extraordinary announcement. “I’m going to operate on Donald Trump in the near future,” he said.

“What for? Are you going to move his part from the left to the right? ” asked Marquel.

“No but closer than you think. I’m going to perform my joined at the head operation.” He said.

“But I don’t think he’s a twin,” Marquel protested.

“Twins come in all forms. Trump is joined at the head with Spiro Agnew. I’m going to separate them.” Said Carson.

“Yes. Ever heard of him? He’s attached to Trump at the head.”

“You’re right, that was it,” I admitted, “But I think he also said the pointy headed thing. He also said, ‘once you’ve seen one city slum, you’ve seen them all.’ “

“Yes Agnew and trump are joined at the head. I’m going to free them from each other.” Said Carson.

“So when is this operation to occur?” I asked.

Carson was slipping two pairs of rubber gloves over his hands as he spoke. “Right now.” He said, and disappeared.

I found the operating room and slid to one side. I heard screaming .

” One slum is as good as another.” That must have been Agnew’s voice, dead or not. Then, suddenly, “I have a great relationship with the blacks.” Definitely Trump.

I could hear machines and drills and saws, and exertion. I hoped it was going well.

I knew that quote. But it ended in a kind of rattle.

Suddenly I heard, “You know, it doesn’t really matter what they write as long as you’ve got a young and beautiful piece of ass.” That was definitely Trump. Suddenly Carson appeared, spattered with blood. He held his hands high, like Rocky.

“I separated the two, disposed of Agnew, and Trump is already walking about.” Said Carson.

“Funny. Once I separated Agnew, Trump was quiet.” He said.

“Not a whisper.” Said Carson.

“Well congratulations, I guess,” I said.
What kind of a headline would this make, I wondered. Then I remembered that Agnew, after he resigned, was indicted for corruption and was chosen the worst vice president in American history.
***
BY MARQUEL: The Attraction of Split Personality Disorders