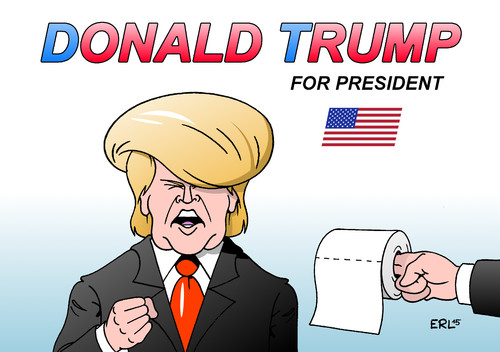 By accident or divine design, TPV’s own Rufus Davis just found an amazing letter from aTPV reader. It was lost in his morning Sunday mail. If you don’t know that #Donald #Trump has a twitter account which he uses to ask Muslims to camp in Trump Towers all over the world, this video should elucidate your confusion.

For the rest of us who know about Donald’s recent anti-Muslim remarks, here is a letter inspired by it, which is shared with you, our #TPBV readers, thanks to #Rufus:

We The People
Open Letter to Donald J. Trump

I wanted to let you know how much I, and millions of other Americans, appreciate you representing our interests and giving voice to our concerns in your campaign for president. You may take heat from the ‘Lamestream Media’ for telling it like it is, but you speak for the silent majority whose thoughts never get their due.

I’m just your average, hardworking American. I share the concerns of my fellow Americans—concerns that include the Mexicans, how to keep my family safe from Muslims, and then (in no particular order) women in the media who ask ‘gotcha’ questions, old POW’s who claim to be war heroes, and also what my current views on abortion might be (it’s tough to figure out sometimes, and you give voice to that uncertainty as well—you are also able to relate to my difficulty in determining whether I’m a Republican or a Democrat this year).

Like I said, you don’t play the media games the other candidates do—you’re not afraid of those media elites, and you say what’s on your (and our) mind(s). That’s why I love that you have a real plan to address our immigration crisis. Every morning when I wake up I wonder, ‘Is today the day one of those Mexicans is going to come across our border and steal my job?’ Granted, I’m a manager at a Stuckey’s and have my own business as a holistic life coach, and the muchachos from down south don’t habla that kind of stuff, if you catch my meaning, but still—you never know. And once Mexico finishes paying for that wall, well, our worries will be over. Thank you, President Trump!

Same with #ISIS and the Muslims. If there is a greater threat to our freedom and safety, I have no idea what it is. I personally haven’t seen an ISIS—yet—but those guys are probably everywhere, and Mr. Trump, you’re the only one with a solution. Once we get the Muslims sorted out—get ’em numbered, filed, placed where they belong—we’ll all breathe a little easier. It’s just common sense—identify the greatest, most likely threat and do something about it. If there is anything these days killing more Americans than the ISIS kills, well, I just couldn’t tell you what it is. Those eggheads in Washington and liberal media types just don’t get it. Like you said, ban them now and figure out what the hell is going on later (I’m paraphrasing here, but we’re on the same page).

I could go on and on, but you get the idea. When it comes to making America great again, it’s not just what my hat says—it’s what you say, and it’s what’s in our hearts. A great man once said, when he found his soulmate, ‘You complete me,’ (I think it was #Winston #Churchill), and #Mr.Trump, that’s just how all of us feel about you. The day you take office will be the day all our fears are put to rest, and our greatest dreams will take flight. Thank you, Mr. Trump.