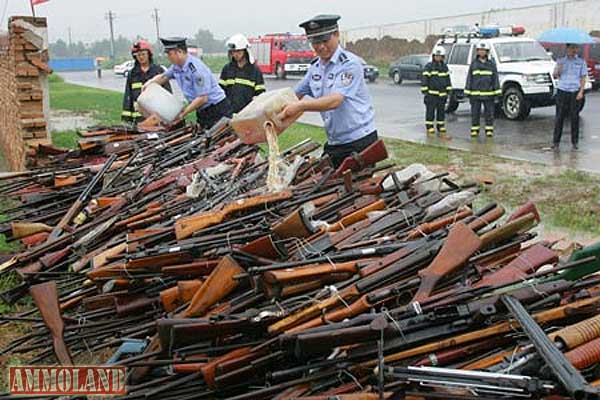 Marquel, the only Times rigorous reader correspondent, woke up to the old news that guns have their own mind and will, much like a man. A reporter and cameraman from WDBJ7 in Roanoke were shot during a live interview at a strip mall. The suspect is believed to be a

The police were hot on his tail and eventually he shot himself and crashed, proving even more so that guns kill people.

After the crash, the police said,

“it was just standard police work, old fashioned cop grunt work, a process of elimination. We went through the employees list  eliminating everyone gruntled until we came up with the one who was disgruntled.”

Gun rights groups were furious at the gunman, because

“guns don’t kill people, people kill people. The poor gun is going to take some heat over this.”

Marquel found their argument compelling. “But what about the gunman who shot himself then crashed? Can we say guns cause car crashes or is it again just people?”

“But in this case it was the driver who got killed by the car.” I said.

“That’s the wrong perspective. He shot himself, abusing a gun. You can’t complain when you engage in gun abuse.” He said.

“So this guy dies because of self abuse. My mother warned me of that.” I said.

“Gun self abuse,” he corrected me.

“But really, isn’t it the guns here. Suppose these people were all armed. These two people would still be dead.” I said.

“I don’t see how you can say that. If everybody were armed this couldn’t have happened.” He argued.

“What are we going to have? Fast draw competitions?” I asked.

“Not at all. If everyone would have open carry laws, they would have been armed and would have shot him before he shot them.” Said the gun guy.

“But they couldn’t have unholstered in time.” I noted.

“Who’s talking holsters? We don’t recommend them for that very reason. You should have your gun in your hands all the time and your finger on the trigger.” He said.

“Let me see if I understand you. While they interviewed this woman, they should have had guns in one hand and mikes in the other?” I asked.

“Sure. And the interviewee too. That eliminates the unholstering problem and increases the firepower.” He said.

“Sounds like a formula for disaster. People would be shooting day and night.” I said.

“They already are. Only the wrong people are getting shot.” He said.

“But don’t you feel sorry for these innocent victims? Without guns they’d all be fine.” I said.

“No, I feel sorry for the gun. They’re always being blamed. It’s as if the gun went and shot these people all by itself. The gun did nothing. It just did what a gun does. Now we’re going to go through weeks of people blaming the gun. Would you like that to happen to you? Poor gun.” He said.

“Jeez you sound like you’re mourning the gun,” I said.

“Well that’s close. We’re having a memorial service this afternoon. People will talk about the gun, how it was abused, some funny moments in its life, but for the most part it’ll be a somber gathering. Gun lovers don’t like it when guns are abused.” He said.

“Truthfully, neither do I,” said I.
***
By MARQUEL: America’s Beautiful Guns

Gittlin on The Hondurans and the Media Hysteria