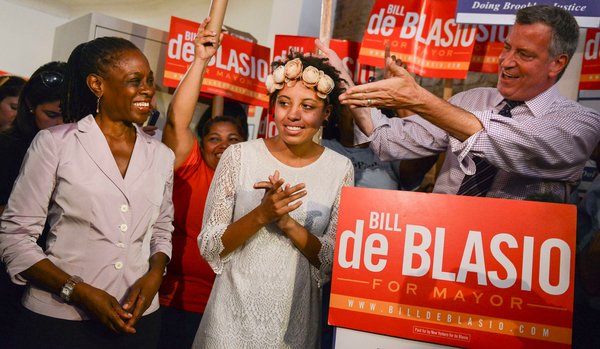 In a last attempt to establish a legacy beyond governing the City when the Plaza Hotel moved hands from Eloise to Arab sheiks, Mr. Bloomberg is said to have personally invited all Russian billionaires to make our beloved New York City their first, second, or tertiary residence. Apparently, Mr. Bloomberg promised them free classes of equitation conducted by his youngest daughter, Georgina, and Jewish home-cooked dinners. Even gutsier was to tell the Russians they will be ranked ahead of the likes of Mark Zuckerberg, and even Larry Page and Sergey Brin on the world’s list of billionaires.

I make the ranking of the world’s billionaires. It is called Bloomberg’s Billionaires. Being listed there must count for something.

While Mr. Putin, the Russian president, acknowledged he experienced conflicted feelings at Bloomberg’s attempt to clean up his country of its most famous thugs, Bill Gates, who is currently ranked #1 on Bloomberg’s list of billionaires, called the lame-duck Mayor’s bluff.

He is too honest a businessman to do that. Give him two days until the Democratic primaries for the Democratic candidate to Mayor of the City are over and he would stop talking nonsense. It’s well-known that Mike made a deal with Ms. Quinn: in exchange for her support for his illegal third mayoral run she would succeed him. You have to be impressed by Mike’s hard-ball game even when faced with Bill de Blasio amazing campaign. de Blasio thinks that regular folk would come out and vote for him. But New York City is not for regular folk. It is a billionaires’ den, and like any den it needs servants, inlcuding civil servants. But that’s all. I’m not worried that I would lose my first place on Mike’s list of favorite people any time soon.