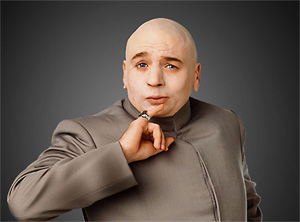 Wesley Clark was not a well-known name until the Clintons promoted him to the position of NATO commander during the second great Balkan disintegration — the one at the end of the last century.

He has a charming manner and in the Balkans, non-Serbs still like him. In Kosovo, for instance, his Canadian firm, Envidity is pushing hard to make quite a few bucks by changing solid coal into liquid fuel. Unfortunately, few are aware of the ecological impact of such a maneuver, and the Pristina government is only too eager to help him do whatever he wants in exchange of 30% of the profit – profit which, between me and you, can never come up when you have a few good lawyers.

That’s only one of this former general turned corporate hack’s pet projects. Another one is fracking in the country north of the Balkans, sometimes known as Romania, and sometimes known as who-gives-a-shit land. As it often happens with Banana Republics, the guys in charge are easily flattered, and manipulated.

The current Romanian PM, the guy who almost lost his job for having plagiarized his dissertation, is only happy to count Wesley Clark as his very own consigliere.  Potentially, that’s a PR coup, especially when Putin next door has only Depardieu to share his dinner caviar.  Also, Wesley Clark‘s advice comes cheap — his work is so-called pro-bono, because Clark’s BNK wants Romanian gas and underground water to start fracking, and that does not cost anybody anything unless you live nearby the fracking pit and your water supply is the one infested with chemicals which made the fracking possible. But that’s neither here nor there, and especially not with Wesley Clark, whose only face time with PM Ponta will take place via Skype.

So, Booyah to you Wesley, and to hell with those incompetent politicians and the folks who keep electing them! And, before I forget,  thanks for sticking to wind energy in the United States, otherwise people would start thinking that Democrats are to fracking while Republicans are to guns.