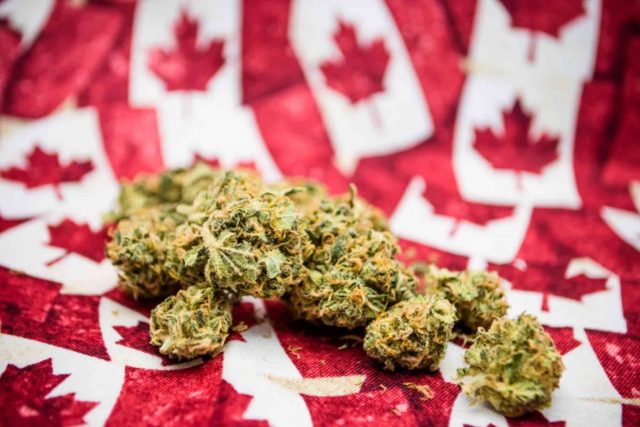 “The BI Canada Cannabis Index plunged as much as 19 percent, its biggest intraday drop on record, while the nation’s largest producers including Canopy Growth Corp. and Aurora Cannabis Inc. tumbled more than 40 percent from their January highs.”

Some observers are speculating the response was primarily due to the fact that Canadians, unlike their American neighbors, suffer more from anxiety than from depression, ADHD and a variety of mental disorders.

Analysts blame this alarming situation on the fact that many Canadians have grown with persistent self-doubt and second-guessing. Such childhood strain often leads to anxiety disorders in adults. In most cases, the doubt revolves around a question that’s central to Canada’s identity.

“Do we love America as much as she loves us?”

Canadians who lost 40% of the January high are advised to take it easy.

“Canadians should realize that they are experiencing a weed-induced panic attack,” a White House resident tweeted this morning.  “Don’t blow this out of proportion. You are just high, and so am I.”