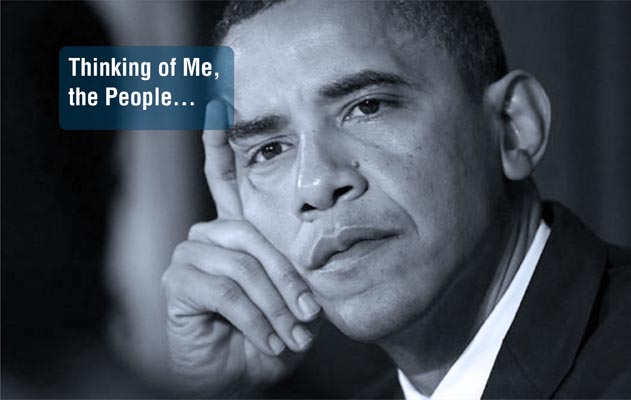 The Democrats have no leadership role anymore in American politics. Like much hyped-up bands marketed to seem independent, think The Monkeys or, surprise, surprise, The Strokes, the current administration has no idea of its own. Of course, it could have stayed the course and chosen the economy to be its signature plan. However, it likes corporate money too much to protect individuals. Recently, after four very long years of turmoil and lost lives, the current president positively explains the dismal news that in a country of over 300 million people with many millions unemployed, and many more millions never dreaming of having been employed, after having spent billions to bail out incompetent corporations, here comes the light: 120,000 newly created jobs. I suspect they do pay minimum wage though I doubt they come with benefits (the data remain unclear). How can he manage that?

“It’s clear to every American that there will still be ups and downs along the way, and that we’ve still get a lot to do.” Like what Mr. President? The answer came fast to me via Helene Cooper’s article. The administration will be embracing elephants, and I do not mean African elephants.

In the following months be prepared to hear ad nauseam about how the current, then still called Democratic administration, had Bin Laden killed, and had succeeded in having Col. Muammar el-Qaddafi (New York Time spelling) killed.

I would be interested in seeing if Abu Ghraib, still open for business, as well as the escalating massacre in Afghanistan will count as national security successes. But, the most I would be interested in is watching the ill, hungry, sick, lonely, and desperate Americans in deep need of better schools, better roads, and rails — all ready-shovel projects, Mr. President– and especially in need of cheaper health care — not health insurance — so, as I said, I’d be interested in watching these Americans buying your Republican menu served by your worm-like party with no desire to help people except its uber-ambitious nomenclatura. Good luck Mr. President! As for me, all I will be wishing you is good riddance!