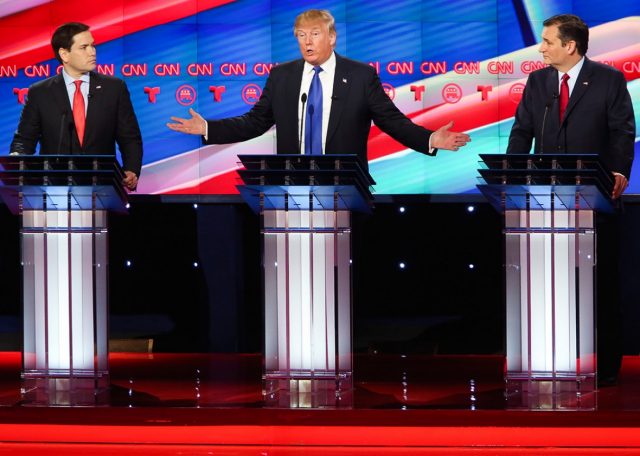 You heard it here first folks, Croshondola is hosting a weekly news “round-up,” whenever she feels like it, usually when she is too tired to do a full story, but has just enough energy to phone it in for the per diem will be will wired on time.

First up on CDTN: this week it was reported that professional also-ran Mike “Jiggily Bits” Schmuckabee (f/k/a Governor of Arkansas, n/k/a has-been presidential wannabe inhabited by the soul of amorphous night-gown k/a Kim Davis) sold his/her daughter to the Trump campaign.  Croshondola says: what a Tramp!

In Croshondola’s opinion, Schumackbee Junior joined the Tramp campaign in an apparent effort to get her dad/mom hired as Tramp’s right-hand man/woman.  Tramp/Schmuckabee 2016, ya’ll.

Second up on CDTN: Cris Crispy has gone back to Old Jersey to return to a life of guv’nuh’ing.  This is known to us because Godzilla-size paw prints were discovered dotting the turnpike all the way to the guv’nuh’s mansion.

Crispy ate too many Crispies on the campaign trail, and therefore requires a larger guv’nuh’s mansion to fit his presidential-sized appetite.  Jersey taxpayers are sure to revolt!

Third up on CDTN:  Burt Slanders and Hirrary Crinton are in a statistical “dead heat” in the Massachusetts race.  At first Croshondola was confused by this because she thought Crinton was already post-menopausal, but then she had an a-ha moment – “dead” “heat.”

Fourth up on CDTN:  Mark Rufio (because the only way anyone will ever vote for him is if they are roofied), finally decided he was gonna go get him some of Tramp.  That’s right, Rufio executed a royal bitch-smacking of Tramp’s citrus visage, left to right, left to right, hit him again, hit him again.

Welp, that’s all tonight folks.  Martel told Croshondola all she needed was four news things and the per diem will be wired.

This is Croshondola signing off for now.  As always, stay sassy, America. 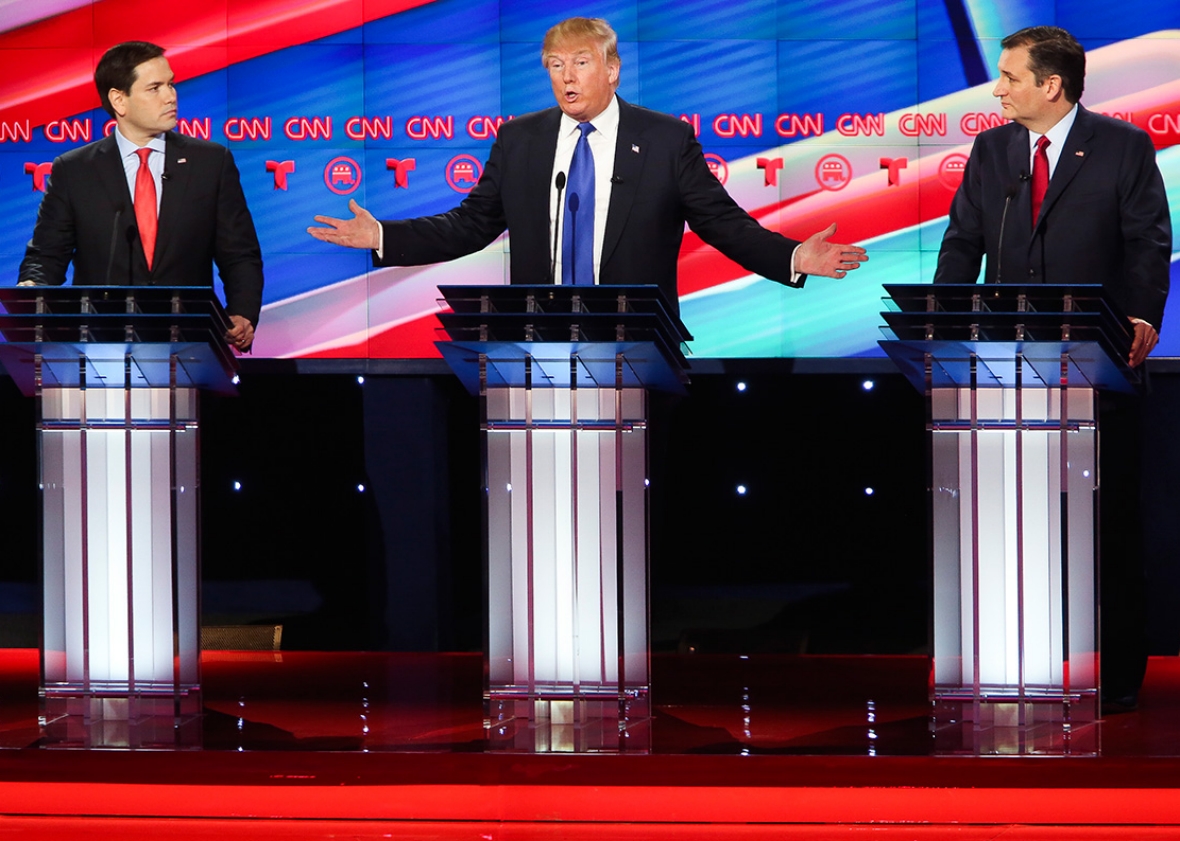 The Biggest Tramp of Them All