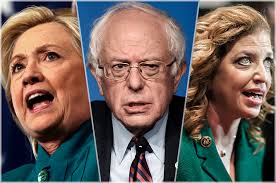 “My job is done. I’ve hacked the primaries like no Republican has done it before. All Hillary has to do now that she has the Democratic vote, is to convince the rest of the country that she’s better than Trump, and hey, anybody is better than that sexist pig, so, Mazel Tov to myself. I’ve given this country its next president, another Goy (shiksa) because I can.”

said the hack while opening a “Thank You” note from Chelsea’s personal assistant.

In other news, Debbie will be soon hired as the Clinton’s Foundation’s Florida receptionist.