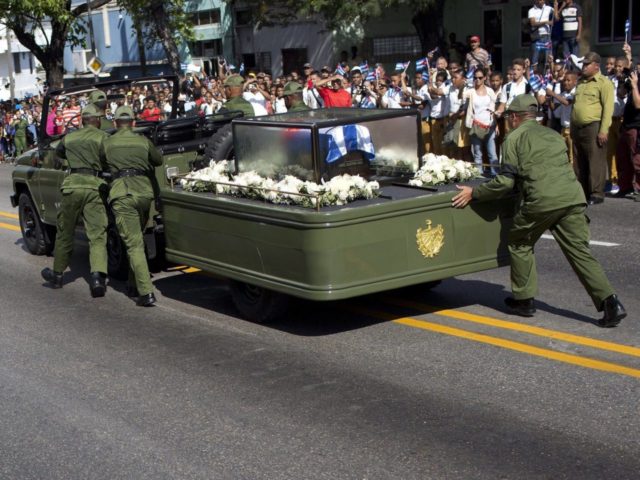 In a brave testament to his life-long work and beliefs, the death ceremony was “solemn and private.”

In keeping with his wishes, Castro’s image will not be immortalized with statues and public places will not be named after him. With one exception. The incident of the Russian-made jeep carrying his ashes.

The jeep broke down in the middle of his funeral procession, forcing soldiers to push the vehicle until it could be repaired by a team of international repairmen from the nearby Trump-Tower.

However, the promptness of the repair team’s arrival made TPV suspicious and we called the C.I.A. Indeed, the call was intercepted by the F.B.I. which confirmed that unable to topple the living Commandante, the American institution tried to topple his ashes. When the Cubans heard about it, they decided to call all motor vehicles breaking down, El Commandante!

TPV believes the C.I.A. would be a more appropriate appellation.

By DANA NEACSU: ¡El Commandante, Gracias por la Revolución! We wish we could’ve been there