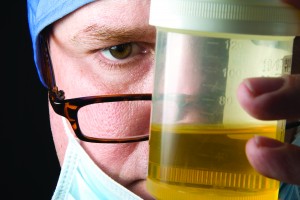 Attention Welfare Folks! Attention! Live in Indiana?  Then quick, hide your stash!  No, no! Do use it!  Just hide it until after the tests are over… esh.

Well, sort of.  Indiana House recently passed a bill that requires anyone on welfare to take a drug test.  Those who fail don’t immediately lose their benefits, however, must enter a treatment program on their own dime.  Stay zonked for four months straight and you lose the benefits for at least three months, which at that point, you can reapply and regain benefits (if you’ve dropped your habit, or found someway to cheat the system).

This is a growing trend among states; over the past 2 years, Arizona, Florida, Georgia, Missouri, Oklahoma, Tennessee and Utah have passed similar laws.

Opponents of the bill cite the potential danger to children; if the parents lose their benefits, so do the children.  The typical reply is that if the parents are using drugs, so are the children… no, that’s a joke, what really was said that if the parents are using drugs, the kids are selling it to them… no, that’s a joke, too.  Actually, supporters of the bill say that children are in a perilous situation anyways with drug-addled parents.  Is keeping them in a home where drugs are used and they have no money a better situation?

The idea for the bill is to save money on those using the money for drugs.  However, when Florida passed such a law, the state tested 4,086 people and found only 2.6% people using drugs at the time of the testing.  Conducting the tests cost the state more than was saved by denying benefits. Ouch.

Well Welfare Folks, take out your bongs and have a celebratory toke because either you’re not actually using drugs, or the state doesn’t know how to conduct a drug test properly.