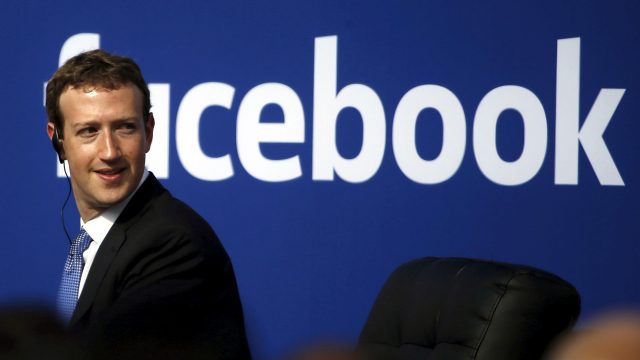 Who’s Faking, Trump or the News?

For getting a sense of what Americans think, decent polls, for all their deficiencies, are better than wild guesses. So consider the findings of a major poll that last month looked into the question of whom to believe, Trump or the major media. It ain’t pretty.

First of all, how many Americans think that media are responsible for “fake news”? According to this poll, commissioned from Langer Research Associates by ABC News/The Washington Post, 52 percent of Americans think that news organizations “regularly” produce false stories. Regularly.

True, that’s not as big a number as the 59 percent of the same sample who think the Trump administration “regularly” makes false claims. Even factoring in the poll’s sampling error, the news organizations would seem to be slightly — but only slightly — more credible than the White House falsehood machine. How much of a victory is that?

Another poll (which asks about “national political media,” not “news organizations,” but such are the vagaries of the disorderly polling business), gives a result even less flattering to the news media as a whole:

Trump’s critiques of the media, which he commonly derides as “fake news” also seems to have struck a chord with Americans. A plurality (42 percent) said they see fake news in national newspapers or network news broadcasts more than once or about once a day. About 3 in 10 (31 percent) said they saw fake news from those sources once every few days, once a week or slightly less often than that.

A plurality (42 percent) said they see fake news in national newspapers or network news broadcasts more than once or about once a day.

Unsurprisingly, this poll was touted by Breitbart News.

Another poll, this one by The Economist/Yougov in February, asked the question more pointedly, and found a more dramatic tilt toward media over Trump. Their question was:

Neither poll specified which news organizations the pollsters were asking about. That’s a serious deficiency. Presumably, respondents were welcome to include, among “news organizations,” Fox, Breitbart, Infowars and other right-wing vehicles that I have been calling the Vortex —
VOices of RT-Wing EXtremism. So what are we entitled to conclude about the state of national disbelief? To judge historical tendencies, we have to resort some educated guesswork. So here goes.

It was in 1972 that Gallup started asking Americans how much “trust” (sometimes “confidence”) they had in news media generally, which the pollster sometimes labeled a bit more specifically as “newspapers, TV and radio.” For 35 years, between 1972 and 2007, the total of “great deal” and “fair amount” always stood at 50 percent or higher.  Other pollsters asked comparable questions, posing the alternatives a bit differently: high, medium and low confidence. Between 1977 and 1983, the total of “high” and “medium” confidence soared as high as 89 percent.

It’s not hard to guess why news media looked so reliable. Those were the post-Watergate years, when journalism basked in the afterglow of Carl Bernstein and Bob Woodward. The presidency of Ronald Reagan — at least his first term — made no discernible dent in the media’s prestige. But then Reagan did not crusade against the media. He sweet-talked them, and successfully, as Mark Hertsgaard amply documented in 1988.

Since 1997, Gallup has asked the question this way:  “How much trust and confidence do you have in the mass media to report the news fully, accurately and fairly?” Perhaps they changed the wording in 1997 because that was the year after Fox News was launched and they meant to include CNN but not Fox. In any event, in 1997, the total of “great deal” and “fair amount” stood at 53 percent, where it remained, give or take a point or two, through 2003, when, within a single year, that total plunged to 44 percent. Likely, George W. Bush propaganda about weapons of mass destruction, and media hype about the nonexistent weapons, took their toll. But even then, in 2005 the total who trusted media “a great deal” or “a fair amount” recovered to 50 percent.

Also according to Gallup, most of the decline has come among Republicans.  Faced with a choice between Trump and “the enemy of the American people,” Republicans made their choice, and they’re sticking to it: Trump.

Here are the relative figures at four-year intervals, except for the last row:

In other words, between 1997 and 2016, Democrats’ trust eroded by 20 percent; Independents’ by 43 percent; and Republicans’ by a breathtaking 66 percent. The Republicans have gone to the dark side.

Possibly these numbers tell us something about how far-gone they are. In 2010 pollsters began to ask about confidence in specific news organizations. Here are the numbers I can find:

Now, let’s take confidence in Fox News as a proxy for hard-right views of the media. There are two problems here. One is that some folks may have lost confidence in Fox News because they think it’s too moderate, and prefer Breitbart, Infowars, etc. We can’t get a fix on how much popular judgment has been clouded by affection for the Vortex. Secondly, we don’t have any numbers for confidence in Fox News during the year 2016, so there are no grounds for surmising how much of the collapse in confidence in non-Fox news can be attributed to Trump’s blithe assault on media as “the enemy of the American people.” What we can say is this:

In November, Trump won 46 percent of American voters. At last look, Gallup gives him a 41 percent job approval (with a +/- 3 percent margin of error , although note Gallup polls all Americans not just voters). From the last available data, 29 percent of the public were “confident” in Fox News. In other words, roughly two-thirds of Trump’s supporters are pretty hard-line right-wingers, and if we add back in a chunk who’ve lost faith in Fox because they find it too tame, we can say that something like three-quarters of Trump supporters are accounted for by the hard right.

By Greg Sargent’s calculation in The Washington Post, this number more or less matches the proportion of Trump voters (78 percent) who think the news media regularly publish false stories.

Which means that something between 22 and 25 percent of them may not be. So about 10 percent of Americans — roughly 22 percent of Trump’s 43 percent) are up for grabs.

That 10 percent are the stakes of American politics for the foreseeable future. They are not automatically right-wing loyalists. They are not true believers. They have not taken leave of their senses forever. They are conditional Trump supporters. They pay some attention to his results. Will he deliver jobs? Boost middle-class income?

How much attention? Who knows?

Serious thinking about how to recover public reason must begin, then, with a tough question that needs to be put to all the professionals—all the politicians, all the strategists, all the political consultants who occupy the ample territory on the sunny side of berserk: How will you win over that one-tenth? It’s not impossible.

But Americans who find Trump “a disaster,” to use one of his favorite words, are owed a plan.