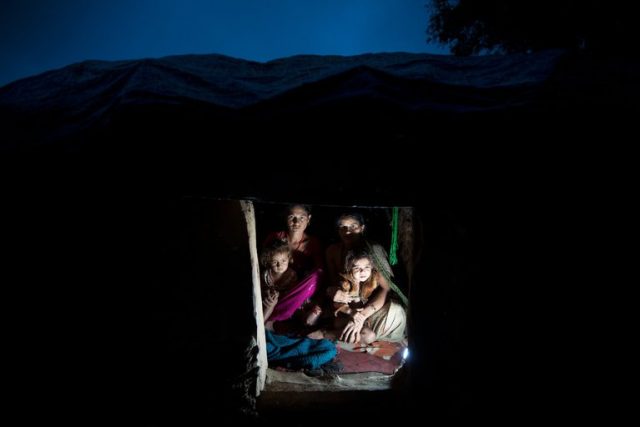 Rather than influence global politics, Trumps has chosen to be influenced by foreign rules and mores, even religion.

His latest interest is in Hinduism, or ism, as the Don refer to it for lack of a better word.

Our President explained to his fans that he would support Hindu as state-sponsored religion, especially during winter in the former British colonies which went for Crooked Hilary.

In Hindu, menstruating women are considered toxic — if they enter a temple, they pollute it; if they handle the family’s food, everyone becomes sick; if they touche a tree, that tree never bears fruit. Women should be forced to sleep away from men when they are useless, or impure.

TPV reminded the President that he was referring to only one misogynistic, even gruesome, practice, which is called chhaupadi, or “tree omen”: recently a woman died having asphyxiated after building a small fire inside a hut, or a large card-box, to keep warm.

I favor menstruating women trudging outside at night to bed down with cows or goats in tiny, rough, grass-roofed huts and sheds. Then they will learn what being raped by intruders or dying from exposure to the elements really means.

When TPV pointed out that the President was unnecessarily dsytopian in his fantasies, because there were very few grass-roofed huts and sheds in the United States, he offered to have his adult sons charged with building them.

HUD could hire my sons, Eric and Don, Jr to build those huts. The Trump has a well-recorded history of being builders. Then women would learn their lesson and appreciate me, the quintessential Trump. We need to end feminism as we know it. A Hindu feminism is more appropriate for our current lack of democracy.

Looking at Sarah Huckabee Sanders, Ivanka Trump, and the other skirt-wearing people fanning Don, Sr., we might be witnessing a Hindu feminism already.