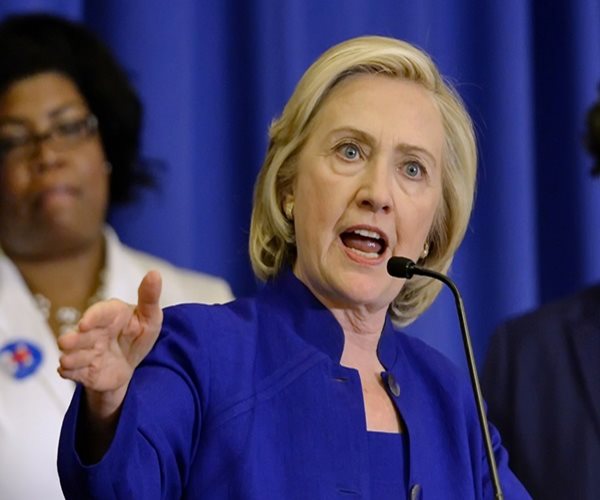 Democratic presidential candidate Hillary Clinton’s lawyer has given the Federal Bureau of Investigation Clinton‘s private email server and a thumb drive of work-related emails from her tenure as secretary of state.

Cleaning the email server was a problem. The Ex-First Lady kept asking us to use Clorox and it hurt so badly.

On the positive side, sidestepping transparency and record-keeping laws, because the private account was linked to a server in Hillary’s New York home, proved propitious, or as propitious as Hills’ lack of typing. Since their Arkansas days, Hillary refused to type and be taken for a secretary under the pretext that Bill always stopped by the secretarial pool asking them to kiss IT.

“How disgusting!” the ex-secretary said.

After a second or so,  appalled, she added,

“And to think I ended up “a secretary” who is being chastised for having refused to behave like one!”

No one however applauds the former secretary for breaking record-keeping laws: Having a private account and server circumvented WikiLeaks’ spying on the emails her staff sent around the world searching for cheap airplane tickets.

We only keep tabs on government emails and not emails from stay-at-home elderly, a WikiLeaks spokesperson defended their lack of insight.

On the other hand, TPV keeps tabs on everybody, and so do you, through us.

By DANA NEACSU: Hillary Clinton Tells the FBI She Is Innocent of Typing