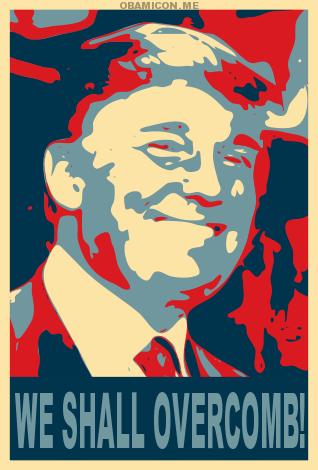 Marquel, TPVs NYTimes Combover Section correspondent, was tanning his toes, when he read Donald Trump, Pushing Someone Rich, Offers Himself. Marquel celebrated Trump’s entry into the Republican presidential primaries because, in Marquel estimation, he would be the first president since Millard Fillmore with a combover.

By MARQUEL: Hill’s Makeover or Trump’s Combover? That Is a Question