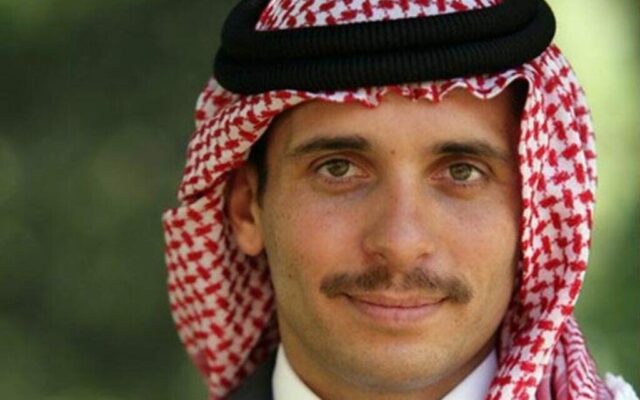 The half-brother of Jordan’s king, Hamzeh, was held in his palace since Saturday as part of an unprecedented crackdown on dissent: for dancing, and especially singing, Broadway parts previously unheard in Arabic.

Hamzeh, 41, served as Jordan’s crown prince for four years until 2004, when the title was transferred to Abdullah’s eldest son, the American-Jordanian, Hussein, whose perfect English makes him an unlikely target of dissent: he doesn’t speak Arabic, and he has no musical talent.

Hamzeh is a brigadier general in the army, but he is mostly known for his trim mustache and body, as well as for his checkered kaffiyeh headdress, infused with Coco Chanel No. 5: The eternal scent which embodies femininity with a bouquet of abstract flowers.

Anyway, Maj. Gen. Yousef Huneiti, the chief of staff of the Jordanian army, said Saturday evening that Hamzeh had not been detained but was “asked to stop dancing, and singing, all activities that were being employed to target Jordan’s security and stability.” Huneiti said in a statement that “all the procedures were conducted within the framework of the law and after extensive investigations.”

TPV wishes you a long life in the Jordanian off-off-Broadway theater, Hamzeh.