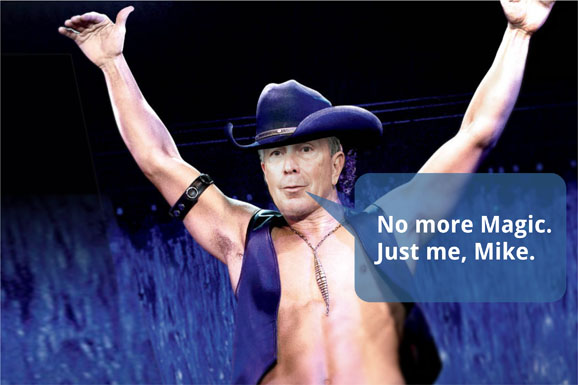 Amid concerns that the Marathon may let foreigners gauge the depth of the American dream a week after a tropical storm ravaged what used to be called  The City (aka New York City), our mayor just changed his mind as only a reckless businessman can do it –the day before the event.

Our Magic Mike emulates ConEdision and after all, why not? All private businesses which need not fear competition run on luck, personality, and public inertia. So, ConEdison can take its time to bring back energy to our hospitals, public schools, and private residences, because no  foreign Marathon runner would be able to divulge the curious state of our society: once a model to follow, today one to avoid.

Or, maybe the mayor feared a revolt. Of the illegal nannies’ employers, that is. Without the democratic mystique, the USA becomes just another junta or banana republic.