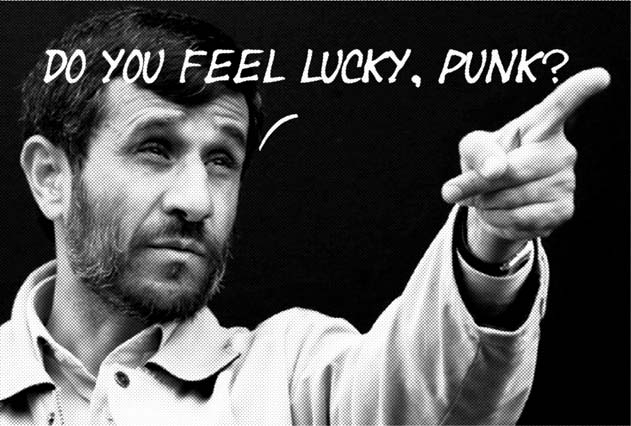 The past several months, and even years, have brought a lot of talk about how an Israeli attack on Iran’s incipient nuclear capabilities will bring catastrophe to the Middle East. There are even those who claim that Israeli (or American) action will bring about worldwide conflict. If the current situation were unprecedented such talk would be understandable, but the fact is that we’ve seen this movie—and its sequel—before. Spoiler alert: it ends with a destroyed nuclear plant and no broader conflict.

The first time we saw this play out was in 1981 when Israel bombed the Osirak nuclear plant in Iraq. The attack successfully destroyed the plant and brought an end to Iraq’s efforts to produce its own nuclear weapons. But to know that attacking its neighbors’ would-be nuclear facilities is part of the Israeli playbook we barely have to go back five years. In 2007 Israel bombed a Syrian nuclear facility in an operation that, while less heralded than the Iraqi operation, had the same effect on Syria’s nuclear ambitions.

With these incidents providing historical perspective, and given Iran’s open hostility toward Israel and its support for groups like Hezbollah, it is not difficult to read the tea leaves. Ethan Bronner’s January 26th New York Times article, titled “Israel Senses Bluffing in Iran’s Threats of Retaliation” (http://www.nytimes.com/2012/01/27/world/middleeast/israelis-see-irans-threats-of-retaliation-as-bluff.html?ref=ethanbronner) only made matters more clear.

The Israeli thinking on this, which makes an attack nearly inevitable (barring sanctions suddenly proving effective, or a sea change in the Iranian approach toward Israel), is summed up in the article with this quote: “’Take every scenario of confrontation and attack by Iran and its proxies and then ask yourself, ‘How would it look if they had a nuclear weapon?’  a senior official said. ‘In nearly every scenario, the situation looks worse.’” Israel sees a nuclear armed Iran as an existential threat to itself, and nearly every calculation it makes shows the disruption from an attack to be preferable to allowing Iran to develop nuclear weapons.

In a later article on Israel and Iran, Ethan Bronner made the point that while often Israeli military plans are well disguised and difficult to anticipate, in this case the Israeli government’s rhetoric does reveal its military intentions (http://www.nytimes.com/2012/02/06/world/middleeast/in-israel-talk-of-attacking-iran-transcends-idle-chatter.html?_r=1&ref=ethanbronner). The normal rule—that the more discussed a military action is the less likely it is to happen—is working backwards in this case.

If today’s Middle East were a Passover Seder, the Four Questions segment might well ask ‘What makes this attack different from all other attacks?’ The answer has much to do with the point of the second Bronner article—that everyone has some idea that this particular attack is coming. This has given outside observers a chance to build up fears about unintended consequences, and it has also given the possible attack’s target a chance to make threats that it believes could reduce the likelihood of an attack. These threats then add to the fears of outside observers, and we eventually have predictions of World War Three.

So it seems safe to assume that before long Israel will strike at the Iranian nuclear facilities, and while many Arab states (and others) will likely condemn Israel, they will be secretly relieved (Iran not being an Arab state) and may even assist Israel by allowing its planes to overfly their countries to attack Shiite Iran. Israel was eventually vindicated for attacking Iraq when evidence was uncovered that the Iraqis had planned to use the plant to help build weapons. However, in 1981 Israel was roundly condemned by both the U.N. and individual countries for its attack, but it’s worth noting the words of Saddam Hussein, the 1981 Iraqi analogue to Iran’s , who in discussing the Israeli attack on his country said that, “Technically, they are right in all of their attempts to harm Iraq.” (http://www.nytimes.com/2011/10/26/world/middleeast/archive-offers-rare-glimpse-inside-mind-of-saddam-hussein.html?_r=1&scp=2&sq=Saadam%20Hussein&st=cse) At some point in the future it would not be surprising to find that his Iranian counterpart had been similarly honest in discussing Israel’s efforts to destroy the Iranian nuclear program.