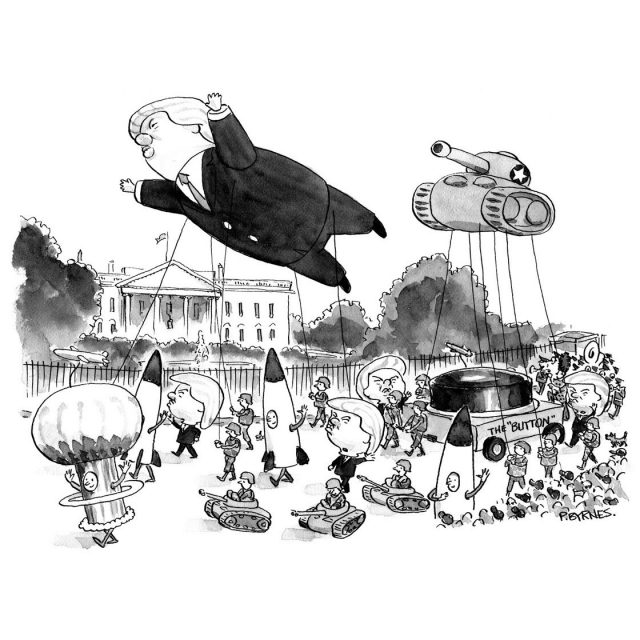 President Donald Trump wants a military parade to show off to his North Korean frenemy. But, there is a catch. A video catch which has gone viral.

Now, that the budget has been approved and Kim Jong-un has promised to watch the parade on skype, the only issue remains the weather. Luckily, Devin Nunes in on the case, and the minion promised his boss that the first day with no wind, Trump will have his military parade.

Nunes is running against the clock to organize the parade before the impeachment starts. Of course, that is unless Trump agrees to use Pomade, as a hair stylist to the stars suggests, and we may have a few more years of Trump:

By DANA NEACSU: A Military Parade on a Windless Day