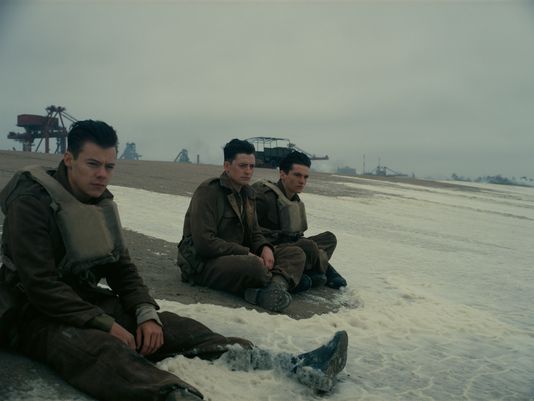 Dana Neacsu (friend of the Father): How did you experience Nolan’s Dunkirk?

Calin Georgescu (Father): From Bucharest, naturally, I viewed Dunkirk in Romanian, so to speak. It’s hard, almost impossible, to define patriotism as a simple art to survive, but Dunkirk, the movie, does exactly that, and doing it helps us, Romanians, to understand ourselves better. How can patriotic mean to do nothing but save your own skin? How can one be proud, not that he stood up after a failure, but that he simply survived it? More, how can one continue to be himself knowing exactly that life will line up only failures, one after another? Seeing Dunkirk, the last film of Christopher Nolan (the new Kubrick, in my opinion), I found my Romanianism emerge from its viewing prouder and generally more patriotic. And I would like to note (once again, for those who read my reviews) the failure of the Romanian film elite to capture and express the tragic subtlety of Romanian patriotism. After 25 years of free cinema, from Caranfil to Puiu, passing through Mungiu, we have not yet found the idea and philosophy to express and inspire what Romanians are. Minor defeatism, smart jokes, deep, but empty, thoughts, aside, this is all that Romanian cinema d’auteur has achieved. It has missed though the cinema that mattered, which Nolan has successfully created in Dunkirk, whose two hours show that there is heroism in failure, even if the one who fails does not know it. I believe that in Romania, every day is a Dunkirk, and every Romanian is a soldier abandoned by rulers on a death beach, a soldier in desperate search of a dingy to save their lives, always on alert, and always looking up with fear of the next nuisance, the next trouble. And somehow this poor soldier pulls through. Victory? – yeah. We may not be a great state and nation. We might have not achieved great victories in great battles, but to me it seems that we are victorious nevertheless, and this victory of ours, as lousy as it seems, is more valuable because it is made of millions and millions of personal victories. These daily victories often are nothing more than a “we pulled it off again today”. I believe that this collective victory is, in fact, ours, deeply Romanian, and deserves honor. And I hate to say this, but I have no choice: go see this American movie so you won’t be embarrassed that you’re Romanian (if, somehow, you have ever been). 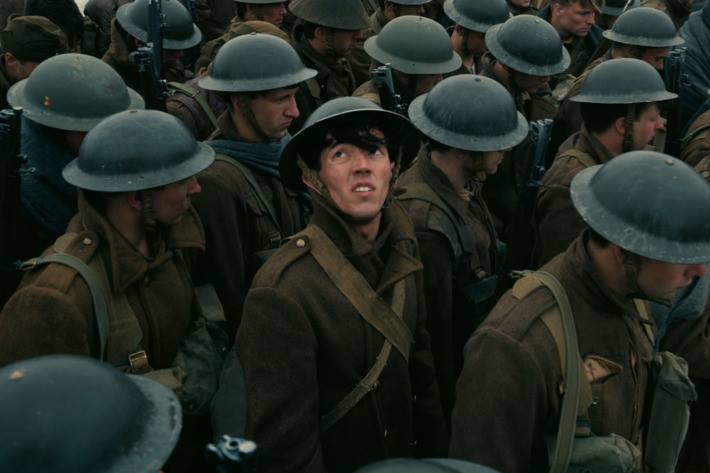 Later edit:  This image of the soldier who turns his face to the camera from a sea of helmets is familiar to us from Liviu Ciulei’s ”Pădurea spânzuraților” (1964), and you would say that Nolan was inspired by it. No, Ciulei was inspired by Kubrik’s ” Paths of Glory” (1957), and Kubrik most likely found his inspiration in Lewis Milestone’s “All Quiet on the Western Front ” (1930). And a small unknown fact, Lewis Milestone was born Leib (Lev) Milstein, in Chișinău, Moldova.

Stefan Georgescu (Son):  I found it to be one of the most mature movies in recent blockbuster history, I mean 10 minutes of hero movies trailers and then bang, you’re dropped into into what seems to be a WWII flick, but here’s the catch: it’s not a WWII flick. It’s more like a thriller, maybe even a horror movie in which a few sketchy lead characters try to escape alongside collective characters from a terrifying, relentless, encroaching and ear-shattering death. There are no Germans, there’s only “The Enemy”, Death itself, and in the face of The Enemy few retain their moral duty, most fall into chaos, fear, xenophobia, paranoia and selfishness, and like a nightmare they can’t wake up from, the characters keep washing up again and again on the same faceless, empty, Purgatory-like beach. It’s a war movie without battles and with almost no heroes in the traditional sense, and those few heroes that do exist see themselves fail and see the immediate consequences for not getting up in the nick of time. Nolan’s references are clear, and it may not be THE movie, but given recent mainstream cinema, it’s a most welcome shift.

Dana Neacsu: I have seen the movie, too, but from New York I have experienced it differently. It seemed incomplete, as if you looked at a slide under the microscope, because Dunkirk was so large, like life itself, so we only have access to a small slice. For a moment it seemed that Nolan lost the very essence of Dunkirk, its scale, and with it the essence of life. For that moment, Dunkirk was just a movie of queuing up in the face of Death, and I hope we, individually and as a race, the human race, we can and do more than that. But then, I remembered the better defined characters, the civilian trio, the father and his two sons.  I believe their actions became the film’s endorsement of individual valour. Nolan’s movie became a story about human redemption: individually, through our response to lurking, abysmal transgression, we can choose to save (our) humanity.

By Dana Neacsu (and Calin Georgescu, and Stefan Georgescu):Nolan’s Dunkirk through the Eyes of a Father and Son