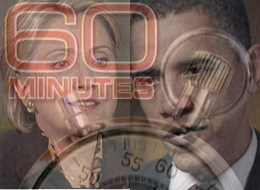 Obama is getting ready for departure, though he just started his second term. He is standing by Lady Hillary who may bring us Gov Chris Christie of New Jersey as the next president, if she insists in collecting Bill’s IOYs in 2016, as she is doing now with Obama.

Today, Friday, January 25, 2013 Lady Hillary and her boss Obama are perhaps taping as I write their “60 Minutes” damage control soft interview with Steve Kroft. What prompted this taping? Lady Hillary’s inept answer during the Benghazi hearings:

The fact is we had four dead Americans. Was it because of a protest? Or was it because of guys out for a walk one night who decided they’d go kill some Americans? What difference, at this point, does it make?

The difference, Lady Secretary of State, stands in how your department handled information about Libya. Despite your testimony to the contrary, you knew or should have known that Libya was unsafe and you should have suggested that the American Ambassador needed to exit fast. You did not do it, because you did not want to be perceived as soft. Sometimes being perceived as soft stands for being intelligent, but you would rather have people killed than act intelligently, and that is something which may elect Gov Christie in 2016, not his girth or imbecility, but yours.

President Obama, maybe instead of this joint interview you should distance yourself from Hill and show us you have heard about the Clintons’ well-known standard for loyalty?