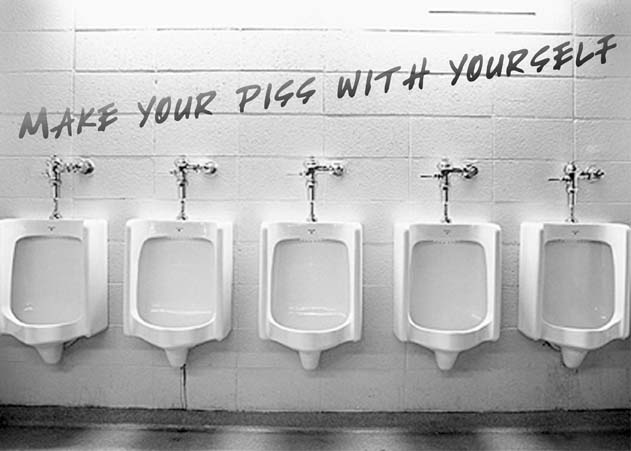 If only from civics 101, Americans should know that peeing on corpses is not nice.  I doubt that when the colonists fought the Native Americans, those Puritans piously urinated on the lifeless bodies of the original landowners.  I might see that happening later, in the 1800s, just as I could see the natives dropping their breech cloths for the dead sons of those colonizing immigrants.

I also suspect that Northern Alliance Uzbeks and Tajiks might understandably urinate on the corpses of Taliban Pashtuns, once the double identity, ethnic and political, has been established.  I believe the testimony of the grieving wife or mother or, to reference the play, Antigone, that of the sister usually suffices.

But we, in the 21st century?  Have we not trained our soldiers to appreciate the benefits of indoor plumbing?  Even at Abu Ghraib, the spectacular pictures recording our degradation and torture of prisoners, were taken inside.  Guantanamo seems to have fared much better.  Its guards are less artistically inclined: or maybe they have not bridged the YouTube gap.

People!  We sent you around the globe to spread the rule of law and act as ambassadors of the American Way.  Al fresco peeing is not on the list!  Didn’t you bring porta-potties with you?

It may appear that I am engaging in end-of-empire, debonair distraction.  You might reasonably suggest that the rights and wrongs of micturating on stiffs is not nearly as interesting a subject for discussion as why our trigger-happy American boys are killing Afghanis in the first place.  You may be right and you may prefer to follow the elaborate media circus provided by Colbert and his ilk, or the real journalists interviewing him.

But if you’ll stick with me here, you’ll get to know another circus personality. Attention-craving intellectual elf, Dana Loesch, poured out all her political acumen in one sentence: “I’d drop trou and do it too.”  This CNN contributor of little consequence, until Pamela Geller gave her a posse, was referring to our Marines urinating on dead Afghanis.  Now, where I come from, idiots usually know they are idiots, because everybody tells them they are idiots and no one hires them to express their views on TV or radio.  There, the village idiots may be geese herders, but definitely not CNN and FOX personalities.

Had Loesch said, “Let the marines urinate because the more time they spend doing that the less time they’ll have for shooting Afghanis,” that would have been a very different matter.  Also, Dana and I would have shared more than a first name.