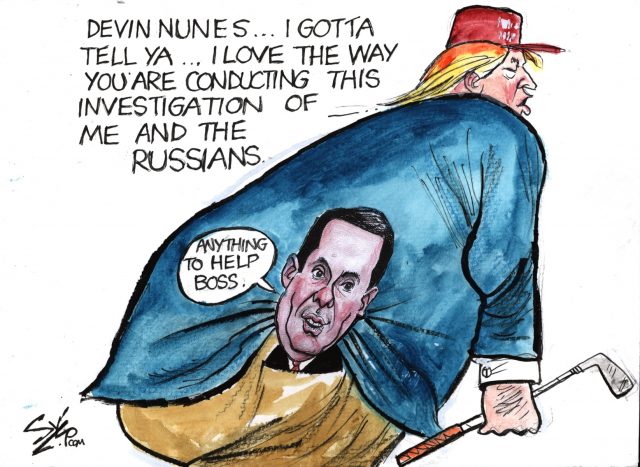 “It takes the reading out of reading,” he had famously said.

So he got down to writing about the memo. Just like in college.

Towards the middle of the page it says that the hearing was “as usual at DNC headquarters.” It appears that is true. But it doesn’t explain why it should be called an “obviously conservative stronghold.” There doesn’t seem to be any support for that. It is all opinion and fantasy “which the memo panderingly spells “phantacy,”  straight out of the heads of Nunes and his ghost writer, Steve Bannon. I think it would have been better if they had whited out his letterhead on all the pages not just the first.

Page3: Page three is just name calling and self absorbed. Nunes is not an adjective nor a noun that characterizes anything. To call every idiot in the FBI “nothing but a Nunes” is ad hominem and maybe just a bit ad Nunes as well. 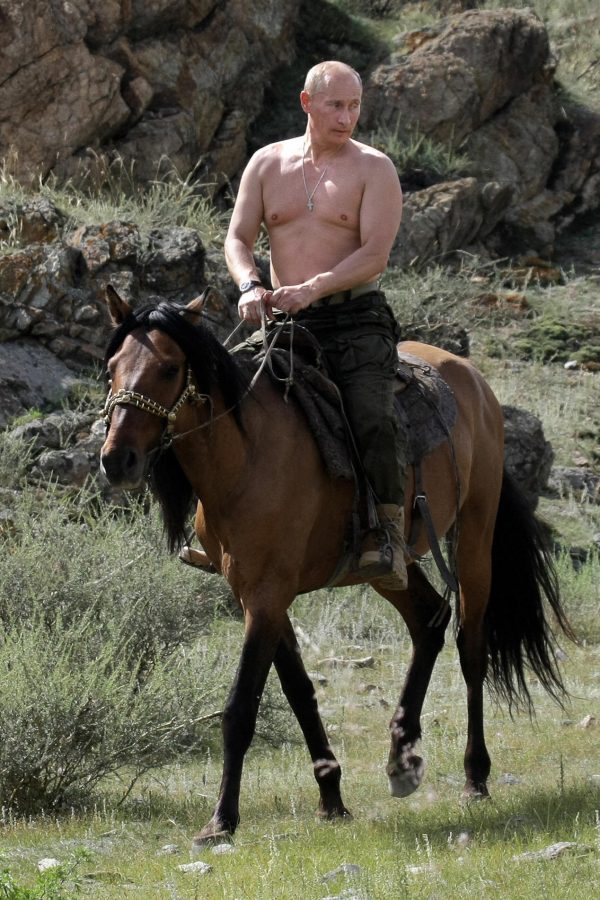 I have to confess that I didn’t read the last page.

Last page: I can’t read Russian at all. But the picture at the very end seems both irrelevant and distracting. I don’t think Nunes can actually ride a horse and certainly he should have kept his shirt on. And what’s the deal with the caption #metoo?

So maybe I really should have read it. I’m just a Nunes.