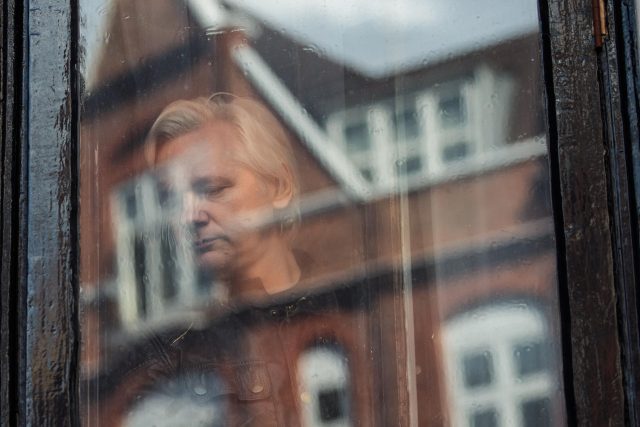 In normal times, TPV would wonder how exactly Trump’s handlers scared Ecuador’s Lenin Moreno to give us Assange after only seven years. We must also wonder what could Trump’s handlers have given May that he had not already gifted her, for this to happen:

would wonder how exactly we scared Ecuador’s Lenin Moreno to give us Assange after only seven years. We must also wonder what could Trump have given May that he had not already gifted her, for this to happen:

British Home Secretary Sajid Javid immediately took to Twitter to declare: “Nearly seven years after entering the Ecuadorian embassy, I can confirm Julian Assange is now in police custody and rightly facing justice in the UK. I would like to thank Ecuador for its cooperation & @metpoliceuk for its professionalism. No one is above the law.”

In normal times we would list the many Welcome to the Brave New World news Assange gave the masses, including the recent embarrassment to the American and British intelligence community about how we are being spied by our smart phones. But these are not normal times. So, here is our letter to Julian:

You are founder of WikiLeaks. You have done more for transparency than all the newspapers I can bother to mentally list. And yet, you have been arrested and removed from the tiny Ecuadorian Embassy where you’d lived in self-imposed exile since 2012. No one really cares. That may be that the Earth is melting and neither the UK nor the USA, nor Russia, and especially not China really want to do anything about it. We’re sorry Julian, but you’ve become nothing else than a video game. Right now the video is about your room in the Ecuadorian embassy. Even the fact that there is an extradition ticket for you to come and visit the U.S.A. is part of a video game. The radicalized masses would open their smart phones to watch what happens to you so the CIA and M15 can watch them.

Take care, Julian, as if it mattered.