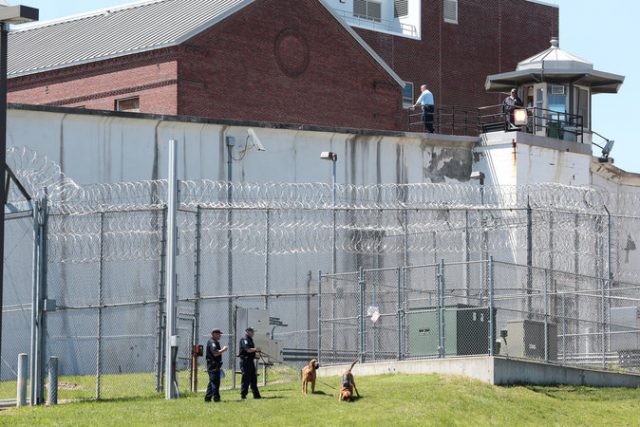 With Power Tools and a Ruse, 2 Killers Escape New York Prison, read Marquel, TPVs NYTimes Impossibilities Section correspondent. It has now turned into a huge manhunt, with bloodhound and massive police movements searching upstate and all over. Everybody is wondering how they got the power tools, but even moreso, how they used them in the middle of the night in a locked down prison and escaped detection. The tools were made to cut and drill through steel, and they did. As any construction worker will tell you, there is nothing noisier than steel on steel work, except for the voice of an escapee telling his buddies how he broke out of the Big House.

This was a mystery demanding solution so Marquel travelled upstate to talk to the guards.

“Sure we heard the drills and saws. It made a racket. We did a body count, and everybody was accounted for.” One explained.

“But that’s because two of them were Raggedy Ann dolls, the oldest trick in the book. Pillows stuffed under the covers.” Marquel noted.

“But they had drawn smiles on the faces. It’s not that easy in the middle of the night. They looked so angelic.” He said.

“How often do prisoners smile while sleeping?” I asked him.

“Never saw it before.” He said.

“Wouldn’t you call that a clue?” I asked.

“It was hard to make sense of it with those power tools grinding away.” He said.

“We called a meeting and discussed it.” He said.

“Teamwork. We’re trained to work together.”

“So what went on at the meeting?” I asked.

“We tried to decide what kind of a power tool it was by the sound. Three thought it was a Dewalt. Another three were sure it was Bosch. One thought it was a Makita. We couldn’t leave and investigate until we were unanimous.” He said.

“Well, it felt like a jury. I don’t know why so we thought it would be good to have a unanimous verdict. This is a prison, you know.” He said.

“Yeah but you’re guards, not a jury. You wasted a lot of time.” I said.

“Not really. When we finished we knew we were looking for a Dewalt.” He said.

“Are you crazy? If you found escapees with a Makita, would you have ignored them?” I asked.

“We would have known there were others escaping with a Dewalt.”

“Meanwhile these guys were cutting through steel walls, steel pipe, and ladders and metal whatever.” I said.

“Yes they were very industrious. We also figured out that they were using magnesium drills and blades. So that was another clue.” He said.

“I guess that would have confirmed any suspicions.” I agreed. “So what about the capture? Are you working on it?”

“Sure I know these two better than anyone. But people are making this bigger than it is. They can’t get far.” He said.

“The power tools. First, it’ll slow them down. Second, how many people walk around with power tools and striped clothing?” He wondered.

“You really think they won’t ditch the tools?” I asked.

“Not Dewalt. Top of the line. And the magnesium blades are a pretty penny.” He said.

“But if it’s a choice between getting captured and ditching the tools won’t they drop the tools?” I asked.

“What if they are captured? Think they’re dumb? They know the tools are their ticket out if they have to escape again.” He asserted.

I was pretty sure I’d solved the mystery.