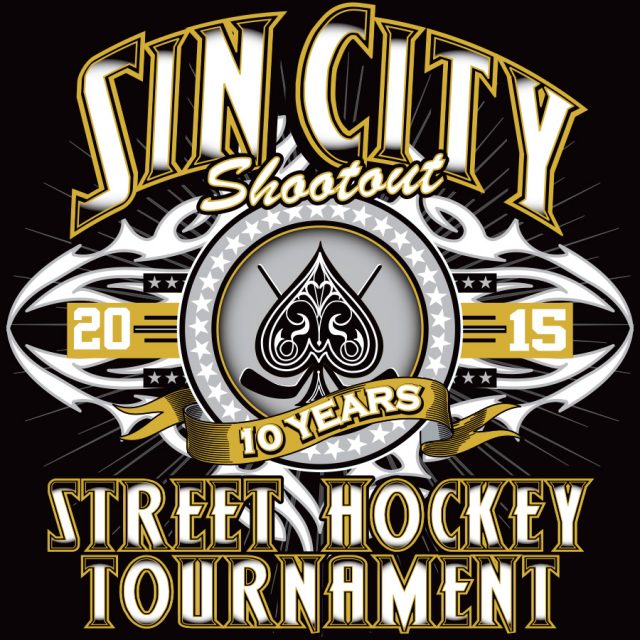 I’m all for demonstrating my manliness when it comes to sports—and especially in front of beautiful women—but overly emphasizing one’s ability to be the “bro” in a rec[reational] league just makes everything tense, awkward, and uncompromisingly irritating.

I play in an outdoor (!) ice hockey league (!) in New York City (!), where skill level is split into tiered divisions. My team, called Poutine Machine Sur Glace (named after the delectable combination of French fries, cheese curds, and gravy), consists of friends, some of whom have stepped on the ice in hockey equipment for the first time. The stars of our team might be, for lack of a better description, a toned-down version of the Mighty Ducks’ “Bash Brothers” because they’re big, they can skate, and carry a certain swagger on the ice. But off the ice, they’re good gentlemen to hang out with. But this story isn’t about them, but the team of “bros” we faced in the championship finals.

Now, this team, who has pretty much gone undefeated, with a goal differential of +75 for the season, has averaged at least 8 goals a game and allowed 2, more or less. This is the same team that was basically kicked off this division last year to play in the one above only to win it—and this year, they’re somehow playing in our lower division again (my gripe against the league administration, but we’ll just leave it at that). Coming into the championship game, we had four women in our roster—they had none—and at least five of our players were playing in their rookie season.

We went into that game thinking positively (beating tough teams in the quarter- and semi-finals), and we were rewarded with two goals in the first five minutes. Our opponents immediately called a timeout, and once resuming play, netted eight unanswered goals for the rest of the game, and that’s how it ended.

I’m not concerned about the score. Playing against a team like that, I was surprised we scored 2. I’m proud of the progress we all made throughout the season and into the playoffs. I’m glad that everyone on Poutine enjoyed their experience and the overall camaraderie and friendships that developed.

No, I’m just irritated by the “bro” attitude our rivals “sexuded” and maintained. The worrying part: I’m sure the team we faced isn’t the only team that acts that way.

“Well, what does it mean to have a ‘bro’ attitude?”

While I’m currently writing this, I’m watching this video. You don’t have to watch the game, just listen to the audio: just a bunch of guys sounding macho, hootin’ and hollerin’, talking trash and throwing themselves around. Yeah, there’s teamwork, sweet passes and goals, juking left and right, and working hard… but for the life of me, I can’t shake off that which will always exist, so long as I play the “blue-collar” sport of hockey: the whoops and the pirate-like cries of

every minute of every game. For a relative comparison, play any level of any version of Angry Birds, fail, and listen to the chirping. That kind of god-awful cacophony prevails when one plays a team with the “bro” swagger.

I would be remiss if I didn’t say I do it. I have my moments. Playing in a mixed gender team in co-ed rec leagues has kept me in check. In a sense, it made me better, classier. Sure, men and women have separate locker rooms, and what generally goes on in the locker room stays there. But I’ll never experience the kind of “bro” dynamic my rivals have, and it’s by my own design.

I do not miss that attitude. Does having it make my rivals feel stronger?

Does it provide more entertainment to my audience?

Does it make me a better person outside the game?

Again, I doubt it, because  the “tough guy, d-bag” mentality only helps if you’re a true asshole at heart.

Does hockey or sportsmanship need the “bro”?

I am here to admit that hockey has changed my life, insofar as I’ve adopted many of its facets:

Certainly, investing in the sport emotionally, on the other hand, can take a toll, but I’d leave the cheering to subtle fist-pounding and pats on the back. Maybe I’m not enough of a vocal guy or maybe I see something else in playing the game altogether.

So here’s to winning the championship next season… and yelling like gentlemen when we lift the trophy.