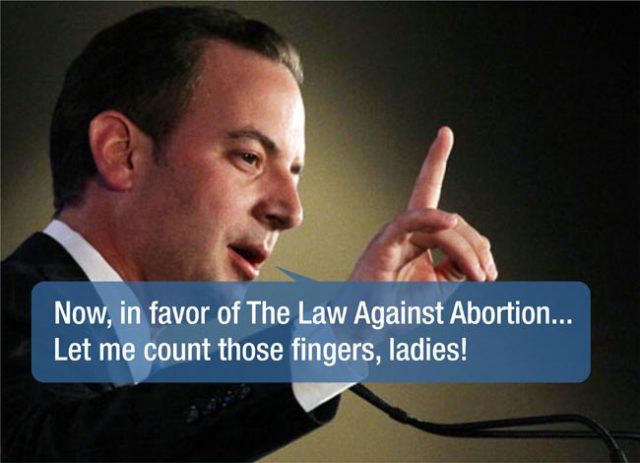 For some, the Republican Party is the Party of Lincoln. I am mentioning this because back in the time of Lincoln, the Southern Democrats were as powerful as they are today, but unlike today, their darling issue was slavery, not corporate welfare. So, given Lincoln’s beliefs he has become associated with the Republican not the Democratic party.

I am bringing up this label because around Lincoln’s time Europe had escaped the dark age of feudalism, the time when the masses did not have access to education, health care, or for that matter abortion. The so-called Party of Lincoln wants to bring us back to that time.

Let’s make this a little lighter so you can laugh. Remember the famous Count Almaviva? There are novels about him (Beaumarchais made him famous), operas, and folk stories. Briefly, his fame is connected to his desire to rape his cute servant, Suzanne, right before her marriage. Imagine the tragedy for that count’s ego, and the reverse for Figaro, her future husband when his plan fails.

Going back to the Republican party, which you may call The Dark Ages Party, or why not the Almaviva Party, their newest agenda item is a constitutional amendment banning abortion for all reasons, including rape.
Again, if you find this a top political issue and you want a T-shirt, here is your choice:

The New York Times and other media outlets have pointed out the problems with such an amendment. On the other hand, no one has tried to explicate the point of view of the few American Almavivas who would benefit from such a change in laws.
Because we at ThePotholeView believe in visual explanations, here is one below: