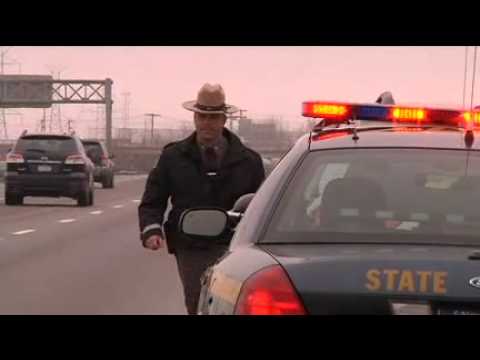 The Police Car Provides a Home on the Job, and a False Sense of Safety, read Marquel, TPVs NYTimes Every Coin Has Two Sides Behind Its Silver Lining Section correspondent.

To an officer, the car is, psychologically, a safe place. But in reality, it may make them more vulnerable. So said the Times. Marquel scratched his head. He’s seen police in cars. They never saw him. One is always on his cell phone. Texting to his buddy driving the car or more commonly sitting behind the wheel drinking his slushy. Of course they’re vulnerable. They would be just as vulnerable in the street with their eyes closed listening to police calls–or more likely Rihanna–over their headphones. Or texting each other, a common sight.

The article looked like the several weeks old Diblasio/Times “the policeman is your best friend” Initiative. People think it started when the cops literally turned their backs on the mayor but actually the pact wasn’t made until days later when the police went on unofficial strike by refusing to arrest or write tickets. That’s all it took to get the behemoths together.

And it continued this week when the mayor called the recently killed cop the best cop in the world and praised him for making an average of 30-35 arrests a year.

So Marquel wondered whether there would ever be two or more versions or just the golden boy (almost all of whose male relatives are also cops) cut viciously down while sitting in his squad car.

DA: “Could you tell us what happened after you pulled the defendants car over?”

Surviving cop: “We spoke to him, if I remember, officer Byrne said, ‘Excuse me, my good sir, and first let me apologize for pulling you over’

The defendant said, ‘Fuck you, motherfucker, you look like dog shit to me.’

My partner then said, ‘You’re right, I don’t look my best tonight. We are public servants and you deserve well-groomed ones. But can you tell me what you’re doing on this deserted street?’

The defendant answered, ‘I’m talking to a dickhead sitting next to his dickhead partner.’

My partner said, ‘I’m sorry if we both appear to be dickheads. As I say we’re not at our top form today. But could you please, I ask you in all deference, tell me where you’re going at this hour?’

The defendant said, ‘If you can’t stop that flow of shit coming out of your mouth, I think I’m going to sleep.’

My partner said, ‘You can’t sleep in your car double parked. I could find you an open space if that’s your desire.’

The defendant said, ‘You better hurry up and get me that space because I’m about to shoot you after this hassle.’

My partner said, ‘Well that would be illegal, much more so than sleeping in a double parked car. Why don’t I just move my car up a bit and see if I see a space for you to park, okay?’

The defendant said, ‘You mother fucking cops don’t deserve to live like that, in your fancy car with the computers and lights and shit.’

My partner said, ‘Well it’s just to serve and protect. We’re here to serve you.’ He then leaned his head out the window, saying, ‘I just want to check the sides so we don’t scratch your vehicle.’

He told me to back up a bit, and while I was busy at the wheel, and my partner was watching that the sides didn’t collide in any way, the defendant made a sudden move that I saw out of the corner of my eye, and when I turned he had already shot my partner in the head.”

Defense Lawyer: “Please tell the court what happened on the night in question. First, did you see a police car?”

Defendant: “It was impossible to miss. He had lights sirens and horn blasting. He was about three inches behind me. I could feel him crashing into the bumper.”

DL:” Then what happened?”

D: “Well, of course I pulled to a hard stop. You can still see the tire tracks in the street.”

DL: “Tell us in your own words what happened from that point until the encounter ended.”

D: “The cop car pulled up right next to me, maybe an inch or two, and one of them was screaming at the top of his lungs. His face was beet red he was so angry.”

DL: “Describe the deceased’s actions without attributing to him a state of mind. Just what he did and what he looked like. You said his face was beet red?”

D: “Yeah and screaming at the top of his lungs, waving his hands around and occasionally pointing his finger at my head like he had a gun in his hand and he’d pull the trigger. And all the time screaming, red in the face.”

D: “I couldn’t understand him.”

DL: “Why couldn’t you understand him?”

D: “He forgot the window was closed.”

DL: “Okay, just tell me about the window.”

D: “The window was closed and he was screaming. I made a rolling motion with my hand like I was opening a window, and he didn’t get it so I closed and opened my window several times and he finally got it.”

D: “He finally opened the window and shoved his head into mine. He screamed ‘What the Hell are you mother fucking bastard doing here?’ I told him I was going home and started to give him my address, but he interrupted me. He said ‘I know you and your mother fucking family. You’re dirt bags. Your mother’s a whore and your father is the whole neighborhood. I think I should shoot you right now.’ That scared me. I said ‘Officer, I’m just going home… I’m not doing anything wrong,’ But before I could finish that he interrupted and said, ‘If you get home too soon you’ll find my buddies fucking your girl. Usually they’re not done until about an hour from now. So you wait here for an hour. And don’t move your fuckiing body or I’ll shoot you right now. The driver, the witness here, said, ‘shoot him now,’ and I got scared. The deceased started to pull his gun out. That’s when I panicked and shot him.”

D: “I thought he was about to murder me. It happens all the time in that neighborhood, no traffic, no pedestrians, dark and deserted. It’s his word against mine. But I was scared for my life. I thought that the last thing I would ever see in my life was the foul-talking policeman. I couldn’t bear that because now that’s all I see anyway. I was scared he was about to kill me.”

DL: “Did you hear the testimony of the previous witness, the partner of the deceased?”

DL:” Was there any truth in what he said?”

D: “No, what I just told you is the God’s honest truth. Not a word of what he said is true except that they pulled me over. They used foul language and threatened me and the deceased went for his gun. I defended myself. I don’t deny it. And the gun wasn’t licensed, that’s the only crime I committed.”

I’m having trouble with these two versions, basically because only one of them is believable. In journalism school, which I didn’t attend, they teach you that there are two sides to every story. They don’t tell you that quite often only one side is the truth.

So much for the Times/NYPD Initiative.