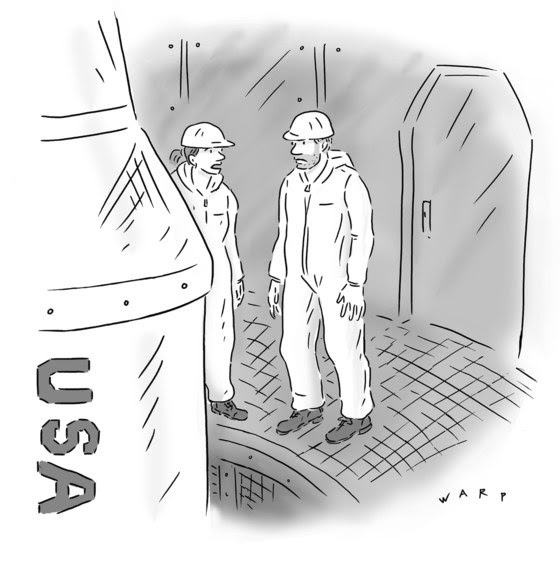 In the new year, the only compensation most of us will get is Trump’s over-compensation. It won’t be monetary. Most likely nuclear. Which brings us to the main question:

Has anybody had enough of this Trump putz?

Secretary of State Rex Tillerson apparently has, but, inadvertently he was caught crouching under Donald J. Trump’s Oval Office desk on Wednesday, in an attempt to disconnect Trump’s newly installed nuclear button, whose size, unfortunately has made it the envy of Trump’s little fingers.

Next on line to attempt the feast are Secretary of Defense Jim Mattis, and the national-security adviser H. R. McMaster.

By DANA NEACSU: The Etymology of Overcompensation