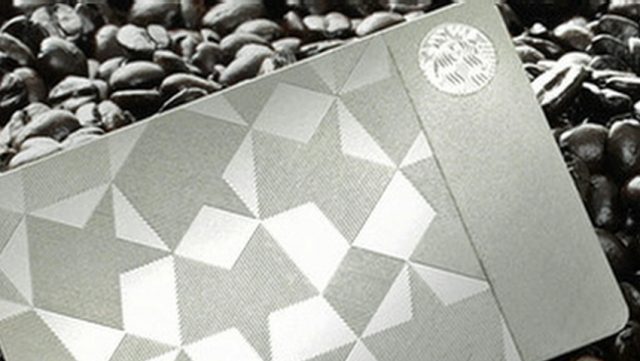 Blending two new trends of the 30 something old interns: their love of gift cards and of exclusivity, Starbucks introduced the $7 -16-ounce cup of coffee and the $450 gift card whose worth is $400.

“I won’t be at all surprised to see other retailers follow,” says National Retail Federation vice president of operations Daniel Butler.

Its appeal is exclusivity, says Jason Goldberger, executive vice president at Gilt.com, “When you’re waiting in line at Starbucks, the next person in line won’t have it.“

Philosophically speaking and using wikipedia to define the term, the new gift card is a thick concept for the thickest among us. Really? Are some of us so rich and poor at the same time to afford this gift card and still stay on line for coffee? Really? Was I right when I intimated at the 30 something intern crowd? Those whose parents bestow upon them NYC apartments so they can intern somewhere fancy and thus find some Starbucks drinking buddies? Really? And is this kind of publicity what you are after, Starbucks? To please 5000 assholes are you really ready to alienate my latte crowd?

Think it over Jason. It ain’t worth it or as you say it back home don’t give us cake if we want bread because Marie Antoinette allegedly did it before you.