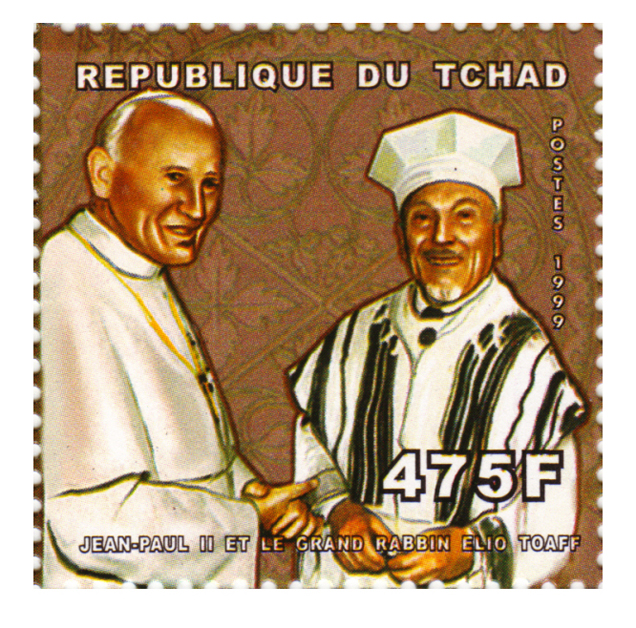 Elio Toaff, Spiritual Leader of Italian Jews, Dies at 99, read Marquel, TPVs NYTimes Flawed Heroes Section correspondent, and he felt a pang o ambivalence. Rabbi Toaff was a true hero, a member of the Italian resistance who was once forced to dig his own grave. He miraculously escaped. Investigators believe, however, that he took his shovel into the hole with him and just kept digging to Rome.

In any event, the most miraculous thing he did was to hide thousands of Italian Jews in his house from both the Nazis and the Fascists. But his fatal flaw could only be called chutzpah, or whatever the Italian equivalent is. Marquel believes it is called chutzpah. Mufi insists it is toupet, a variation of sfrontatezza.

Toaff had lots of toupet. He once threw rotten pomodori at Mussolini in the middle of Milan. This was, however, after Mussolini had been killed and hung upside down for all the world to see. Roaff was already known as the great Italian Jewish resistance fighter who proved fearless in battle.

But why did he hide Jews in his Jewish home? Post war queries were never answered clearly. Every day Roaff would take in several dozen Jews and every afternoon the police came and took them away. Friends asked, “rabbi, what are you doing?”

“I’m doing my best,” he answered. “I’m hiding Jews at great personal risk. Someday I will be recognized for this. And millions of Jews will have been saved.”

“But you’re not hiding them. You have a mezuzah on your door. People have graffitied “Jew” and”Kike” on your wall. You wear payeses and a kippa.  How are they hidden?”

“Sshhh. I can’t say. I have secret compartments and double closets. Also under my bed.” The rabbi asserted.

“But they know about them! That’s why they get them every day. You can’t hide them there any more.”

Roaff changed tactics. He started to deliver the Jews to pope Pius, little suspecting that the pope was in league with the fascists. By some miracle however, Pius’ anti Semitic efforts were about as successful as Roaff‘s salvations. Most of them ended up in the Papal kitchen because of Pius’ love of artichokes in garlic, a Roman Jewish specialty.

In the end, most of Roaff’s salvations were successful although they reeked of garlic which made them easier to locate after the war.

Roaff‘s death is a great loss to both Jewish tradition and Jewish humor, which through the ages have appeared synonymous. As they say in Rome’s and Florence’s synagogues, here’s laughing at you.