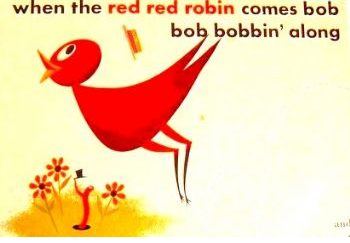 Marquel didn’t believe the General could be still alive. He was publicly executed  with an anti aircraft gun. For readers who think this hyperbole, it isn’t. North Korea’s Leader was miffed that his top general had fallen asleep during one of his speeches. So apparently he had the general trotted out for all to see, trained an anti aircraft gun on the sleepyhead, and shot him. But Marquel is no expert in anti aircraft guns. So he asked Mufi.

“No, anti aircraft ordnance is several inches and it would carom through the human body. The exit hole might be as large as a bowling ball,” said Mufi as Marquel helped him stretch out his famous noodles.

“So there’s no way he could survive?” Marquel asked.

“When you consider that titanium and carbon fiber modern aircraft get torn apart by this at several thousand meters, a human body at what couldn’t have been more than a few hundred meters wouldn’t stand a chance. And it’s normally automatic fire so it’s likely he ended up looking like my noodles.”

Marquel wondered why the South Korean media was backtracking on the story. Mufi explained while Marquel helped put the noodles in Mufi’s secret brine sauce.

“It sounds like the south wants to profess ignorance to keep the cover of whomever in the north fed them the story. The south has agents all over the north and they are probably pretty scared of being outed as the source and being used as target practice themselves.” Said Mufi, sprinkling a strange yellow powder over the barrel of curing noodles.

“And all this for falling asleep?” Asked Marquel.

“That’s a capital offence. Always has been,” said Mufi. “It would be interesting to see what the Koreans have to say. Maybe I could help you unscramble it.”

We finished kneading the noodles and they were almost finished. Mufi offered me some frogs legs in garlic chili sauce and I felt ready to take on the Koreans.

At the North Korean UN mission, a petite woman tried to explain the general’s survival.

“He’s a sleeper, you know,” she reminded me.

“How could I forget.” I added.

“He could have fallen asleep at the moment the gun went off and miraculously not been hit.” She said.

“But wouldn’t the Supreme Leader have told them to do it again, but aim lower?” I asked.

“The Supreme Leader does not conduct executions. He orders them”. She explained.

“So that’s one possible explanation.” I said.

“It’s the most likely,” she assured me.

I went the the South Koreans.”He’s very talented, ingenious, and crafty. It’s quite possible he just dodged the bullets, then played dead.” The South Korean aide told me.

“I’ve been told that you know he’s dead but you’re trying to cover for a spy you have deep in the North Korean leadership.” I noted.

“Oh we wish that were true. Just think what we suffer daily. Would we do that if we had a spy there?” He asked.

“I’m told you have many spies there.” I said.

“When monkies fly out of my ass,” he said laughing.

“But why kill a general for falling asleep?” I asked.

“We’re no longer sure that happened. It seems extreme. I don’t think the Supreme Leader would do that.” He said.

“Fairly sure. Sleeping is punishable by life imprisonment.” He said.

“If you sleep in north Korea you can get life?” I asked.

“So when do they execute?” I asked.

“Only for snoring. And only heavy snoring that bothers the Supreme Leader. We are a civilized Eastern country. Many millennia old. Many millennia.” He said, raising his right hand.

“So then what about anti aircraft guns?” I asked.

“That’s possible. It’s in the criminal code. It’s many millennia old also. But only for running a minimarket rudely. North Koreans take that very seriously.” He said.

I took all that back to Mufi and asked him what he made of it.

“Then what’s all this about sleeping and snoring and minimarts?” I asked.

“This is called an opening to the West. They’re offering to make our Korean businessmen more civil.” He said.

“No deal. That’s the only way we can distinguish Korean from Japanese businesses. That’s all this is about?” I asked.

“No of course not. They want to create insecurity in our intelligence system. None of this will come from our spies. We’ll wonder maybe if they’ve all turned. The South is even worse. They have the most spies but they now won’t know what to make of them. The North is hoping for a move, any move, even the tiniest move, which will allow them to discover even one spy. Then it’s like unraveling a blanket. First one, then some more, and they’ll all be in the light of day. What our side has to do is act normal. You’ve got a responsibility here, Marquel. Just report it straight. The South will keep still. And no spies will die.”

I felt that duty like a tub of noodles on my back. I told my editor, “86” and hoped for the best.

By MARQUEL: The Red Red Robin