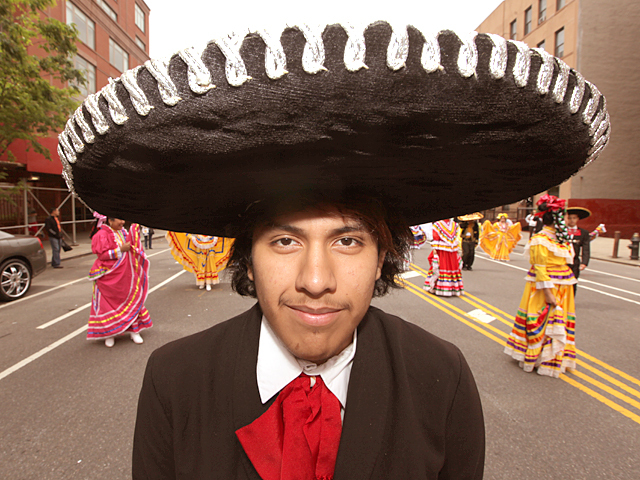 On Wednesday, May 1, rather lurid Broadway musical taste was on display at the Lincoln Center with DeCaprio’s Gatsby having its premiere next to this season’s last performance of Michael Mayer’s Rigolleto in Las Vegas. Las Vegas kitsch may transcend difference of opinion, though not the same can be said by Mayer’s decision to masquerade Count Monterone, the courtier who put the curse on Rigolleto and the Duke and whose maledizione is the tragic motor behind the plot, into an Arab. Truth being told: Monterone is an Arab Sheik and he is addressed with “Your Sheikness” courtesy of the Met’s translation services.

On Thursday, May 2, President Obama nominated Michael Froman to be the next U.S. trade representative in the hope that Froman will help lead trade negotiations that ensure a “level playing field” in the international market for American workers. Froman nodded and added that if need be American workers are willing to go to Bangladesh and continue the good work the 400 deceased JC Penny workers did for our nation.

On Friday, May 3, Google became the first virtual country to recognize Palestine, forcing the United Nations to accord Google the virtual oberserver status and the rest of us at PTV to sell bracelets “What would Google/UN do?”.

On Saturday, May 4, people in straw hats celebrated Joel Rosario who atop Orb won the 139th running of the Kentucky Derby.

Sunday, May 5, Cinqo de Mayo was observed by many New Yorkers.

On Monday, May 6, the virus Genio took over TPV’s mega computer, and the rest of this article had to be written on a white Samsung   Galaxy Tablet II .

On Tuesday, May 7,  some Americans voiced their frustrations with the current administration, by asking Obama to join forces with Australia and form Ameristralia- finally a reason to celebrate. More, here http://m.heraldsun.com.au/news/national/white-house-petition-calls-for-merger-of-united-states-australia-to-form-ameristralia/story-fncynkc6-1226636517210