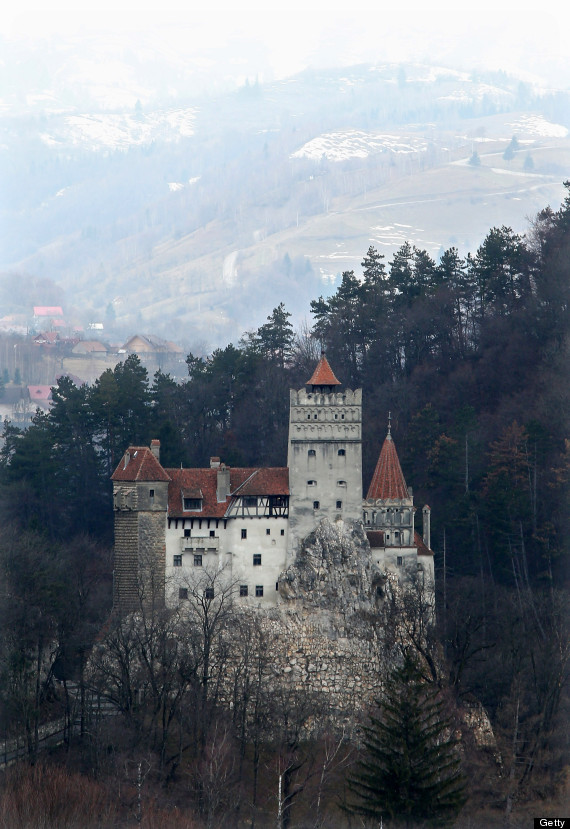 Here, each hole starts on Wednesdays and this is what fell through this past week, in more than one way or day:

On Wednesday, May 7, a goose herder from Bran, Romania, called the New York -based firm of Herzfeld & Rubin because his geese stumbled upon a rather significant amount of letters written by former First Lady to a local priest. When the media asked the humble herder how he knew of Herzfeld & Rubin, the man said that everybody had the phone number of the famous firm representing the New York family who currently owns the castle, but hopes to sell if for over $135 million. Further asked how a goose herder learned such perfect English, the man replied that he actually worked for the Romanian office of Herzfeld & Rubin.

The newly discovered letters reveal Jacqueline Bouvier Kennedy’s feelings about her marriage to President John F. Kennedy and reaction to his death. The 14 years of correspondence with this Catholic priest would clearly raise the price Herzfeld & Rubin will be asking for the so-called Dracula’s property.

On Thursday, May 8, in papers filed in Manhattan Supreme Court, Nathalie De Clercq, 30, sued People Magazine for running a picture of her wearing Google Glass while on a bike ride in Central Park – and identifying her as the married Brin’s alleged girlfriend Amanda Rosenberg, a Google employee.

TPV would like to remind Nathalie that the correct qualifier for wearing Google glasses is not douchebag. Just douche. And once a douche, no one cares whose mistress you are.

On Friday, May 9, the Nigerian Islamic group whose name is very similar to Procol Harum: Boko Haram, was admitted to the Islamic Terrorism Hall of Fame, proving that while competition is cut throat, terrorism remains still merit-based, and thus divorced from Western style capitalism.

On Saturday, May 10, the movie Maleficent, had its premiere and people all over the globe got scared. Unfortunately, Boko Haram, whose name is loosely translated as “Disney sucks” did not get the message that no bad deed goes unpunished.

On Sunday, May 11, the price of tulips reached levels unknown since the days of New Amsterdam.

On Monday, May 12, France invited the US and Canada and Germany to meet in Paris and talk about how to  start searching for the kidnapped Nigerian girls but offended Russia by keeping it out of The A -Team. Hollande was heard agreeing with his American and German counterparts that Russia had no Western values because it did not invite any of them to share the Ukrainian market.

On Tuesday, May 13, 2014, American actor Alec Baldwin once known for being funny made the news for his lack of popularity with NYPD.