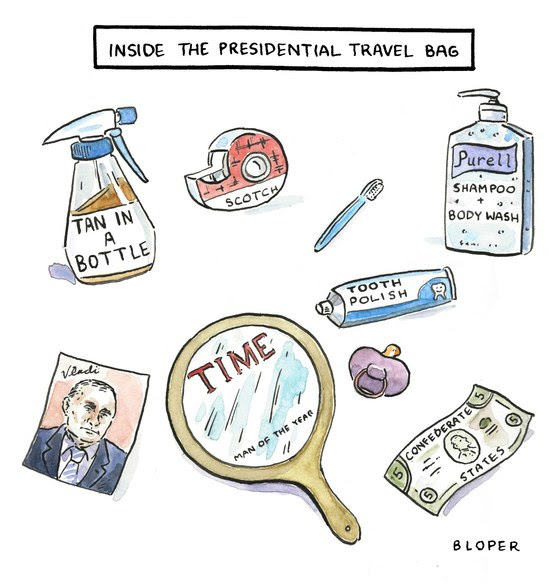 TPV is no Mark Twain, but the Trumps are all the Innocents Abroad could have been and more. Where Twain chronicles the first American organized tour of Europe, TPV chronicles Trump, the put-upon simpleton, a gullible victim of flatterers and “frauds,” and an awe-struck admirer of Russian ex-KGB royalty. Here is a sample of what happened during this pan-Asian Trumpism: