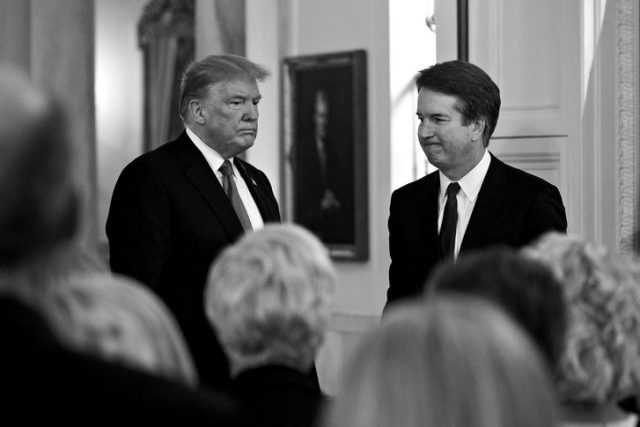 TPV has been silent for a long time because Trump took over everything: the real and the surreal, the direct and the irony. Trump covers everything, so there is very little left to fall through the weekly hole. Until now. Until Kavanaugh, when finally, the Federal Bureau of Investigation reverted to being the F.B.I., or as Anderson Cooper called it the Cover-Up Bureau. Or maybe that’s TPV.