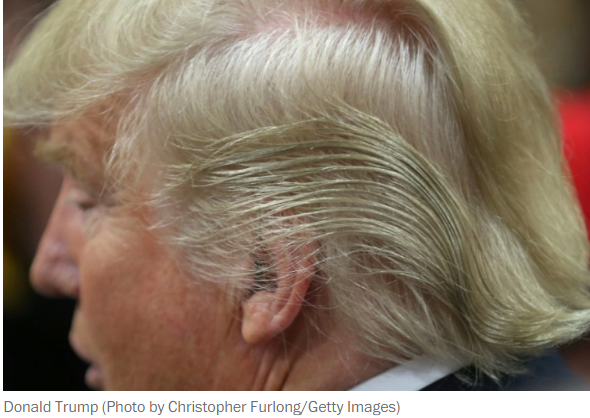 TPV (very) occasional contributor Rufus Davis was able to track down former Trump PR man John Miller and spoke with him by phone. Following is a transcript of the call.

This past week Donald Trump fell victim yet again to the slanders of the mainstream media when it was reported that he had made hoax phone calls to national and New York media outlets in the 80’s and 90’s during which he posed as his own PR representative. One recording made by a People Magazine reporter has just been released. From the Washington Post:

The voice is instantly familiar; the tone, confident, even cocky; the cadence, distinctly Trumpian. The man on the phone vigorously defending Donald Trump says he’s a media spokesman named John Miller, but then he says, “I’m sort of new here,” and “I’m somebody that he knows and I think somebody that he trusts and likes” and even “I’m going to do this a little, part time, and then, yeah, go on with my life.”

Fortunately, TPV is now able to definitively put this issue to rest, as we were able to use our strong relationships within the Trump organization to arrange a phone interview with the PR representative who was on the call in question. Following is a transcript of the call with John Miller, former member of the Trump PR team:

TPV: Mr. Miller, who made the phone call to People Magazine that has been receiving all the recent attention?

John Miller: Listen, I’ve been frankly quite surprised that any of this has even been, you know, discussed over the past—it’s just, really, almost unbelievable, to be honest with you. I made the call, and I wouldn’t hesitate to place more calls for Donald Trump, who, as you know, and as has been widely reported, is just tremendously successful and has been receiving an unbelievable number of media requests. I made the call. I made that call. Donald Trump, one of the most outstanding, extraordinarily rich men in the world, simply doesn’t have the time to make all the calls that such an unbelievably successful man is asked to make.

TPV: So all the reports that your voice is actually Mr. Trump’s voice, and the forensic analysis that seemed to confirm the same, those are—

JM: Excuse me, excuse me—the mainstream media, the worst people in the world, the same people who—I mean, they’re losers, right? A bunch of low-energy lightweights. You’re going to believe them? Take their word? So here you are, you’re speaking with me, and to be honest, I don’t even know what the question is. I’m John Miller. Mr. Trump, who I have tremendous respect for, and is a really, really, smart and rich guy, is not me.

TPV: OK. Well, now that we have that sorted out, is there anything you can add to this story?

JM: Look, when I worked for Mr. Trump—and of course, I would work for him again, if so asked, because I just have a lot of respect for him and he’s a tremendous presidential candidate, who absolutely has above average sized hands—everything is fine in that department, I guarantee you—I would work for him again if he asked, frankly, and I’ve definitely always been John Miller and not someone else, like Donald Trump—that is, frankly, to be honest, I’ve never been Donald Trump and have always just been John Miller, who did work for Donald Trump. And I think that’s all that really needs to be said on the topic. And again, the hands, and everything else attached to Mr. Trump, better than fine, believe me. Just tremendous, actually. No complaints from any of the wives, you know.

TPV: Right, so, again, I think we’ve established that you were the one who made the phone call in question. So is there anything to add at this point?

JM: Just to say, and I think I can safely say this, because I know Mr. Trump quite well, and he likes me and I think respects me—I can say this with certainty, and believe me, I know it is true, I cherish this relationship I have with Mr. Trump—and I also cherish and respect women, and don’t let anyone tell you otherwise—I can tell you that Mr. Trump is not what the media has portrayed him as. I mean, they go after him, and they have blood coming out of their eyes, their noses—their….their wherevers. And you can’t believe those low-energy losers. I mean…hold on [female voice with a pronounced eastern European accent in the background calling for someone named Donald].

TPV: Sorry, is someone speaking to you? 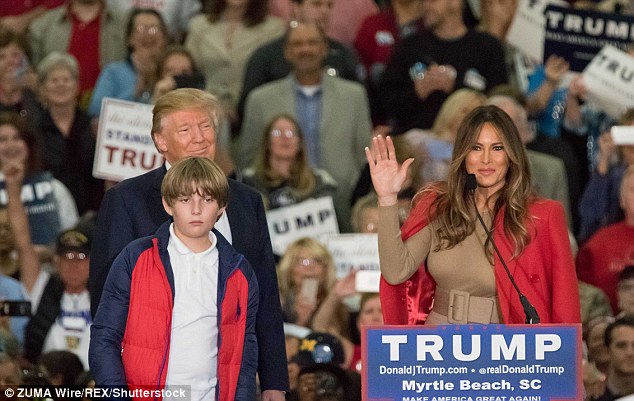 TPV: Did you say Melania?

JM: Yes. No. No, I didn’t. I mean, I was about to say something about Mr. Trump’s wife, and [muffled, unintelligible]…actually, I’m sorry, I have another client on the other line.

JM: Yes, it was tremendous to speak with you, and remember, we’ll build that wall, and with Mr. Trump’s leadership—he’s such a terrific, tremendous, really unbelievable, great—did I mention he’s tremendous?—with his leadership, we’ll make America great again. [another call for Donald in the background by the woman with the eastern European accent] Sorry, gotta go—vote Trump! [line goes dead]

TPV is working to arrange a follow-up call with Mr. Miller and the other Trump PR representative John Barron. Our understanding is that Mr. Barron, like Mr. Miller (and come to think of it, Donald Trump himself), also speaks with a Queens accent. Future reporting will investigate some of these coincidences.