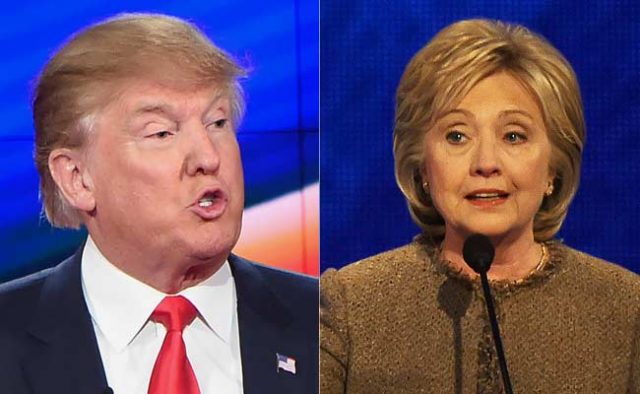 At a December 19 debate with two rivals for the Democratic nomination, former First Lady Hillary said ISIS was going to use “videos of Donald Trump insulting Islam and Muslims in order to recruit more radical jihadists.”

“Donald has been very irresponsible with his loose language. All radical jihadists know who #Donald is: the guy who builds Trump Towers in the desert, their revered landlord.”

While #ISIS has ignored the Donald, in what CNN calls an amazing turn of events,

an ISIS rival and an Al Qaeda affiliate has apparently released a new recruitment video. In it al Qaeda tells Muslims in America that they no longer can rent in Trump Towers and should join their ranks.

To which #Bill replied,

However, our investigative reporter discovered that this is all a misunderstanding and a mere re-listening brings out the truth.

The video purportedly by Somali terrorist group al-Shabaab used an audio of Donald where he demanded “a total and complete shutdown of Muslims entering the United States without the necessary funds to rent one of my many empty apartments.”

Moments after TPV disclosed the real meaning of the audio, Donald’s spokesperson called the Clintons “wrong and vain.” A video is to follow shortly on #CNN.

By DANA NEACSU: Trump to Clinton: You’re so Vain and Wrong