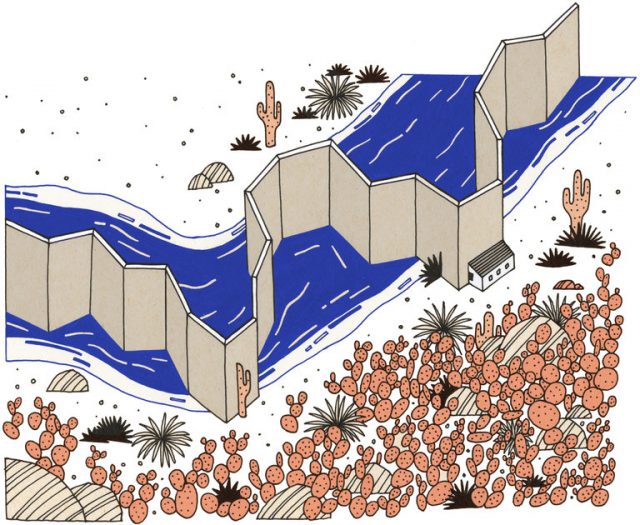 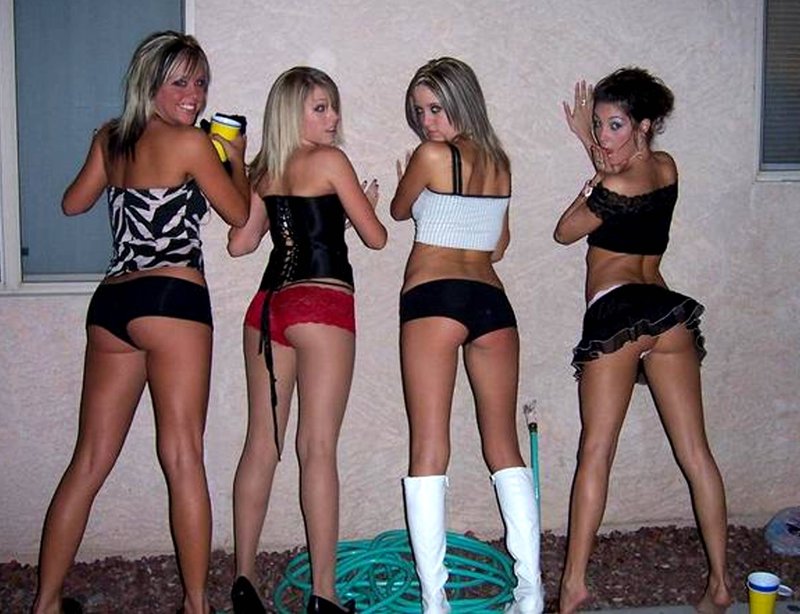 Marquel read the article, conscious of the fact that someone at the Times grew up in the sixties and has been using partial sayings like “up against the wall”, without the kicker, which in this case was “mother fucker.”

The Times said, “Things roost in his brain and come out of his mouth and Twitter feed, and before you know it, the federal government is taking proposals for Mr. Trump’s great border wall with Mexico. Hundreds of companies are expressing interest, preparing designs, creating renderings. Finalists are to be announced in June.”

Marquel was chewing on something tasty at Mufi’s unmarked restaurant in Bayard street. It was sort of like a chicken bone but was more digestible and was both hot and mild at the same time. Mufi is known as the greatest cook in the world, who once extracted Marquel from a tight squeeze in North Korea several years ago. Mufi  had also served in the intelligence services of every major nation, all at the same time. You might say that Mufi is the go to person for everything.
“Mufi,” what am I eating?” Asked Marquel.

“Oh yes. Only city. You have to catch them in the street.” Said Mufi.

“Then what?” asked Marquel.

“Just the trachea. Takes many many city pigeons. Wrap them, age them, spice, then  cook for two weeks.” Informed Mufi.

Marquel kept eating. “Delicious. Say, what do you think of this wall? You guys have a wall.”

“Yes. Circled the country. Then in the sixteenth century, the Mongols breached it. We sent a bill to Mexico but they never answered.” He said.

“To the contrary. I have a patent on a wall that would work.” Noted Mufi.

“You have a patent?” Queried Marquel.

“I have three thousand patents,” said Mufi, disappearing into his kitchen. He reappeared with a box.

Marquel went through the papers, each with a ribbon attached. Patents. Hundreds and hundreds of patents. “Mufi, I’m amazed once more. What are these for?”

“Everything. Some in cooking techniques. A few on rockets. NASA licensed those. But the one on the wall is right here,” he said, pulling out a ribbon emblazoned document.

I looked at it. It was confusing. “So what’s this all about?”

“Basically an electric fence. Two thousand miles long. You could do it retail for one thousandth of the cost trump is allocating. He wants twenty billion or more.” Said Mufi.

“How much for yours?” I asked.

“Well prices have changed since I got the patent. Let me Google it. Here’s one for $265 including a thousand feet of wire, a transmitter and collar. So a thousand feet into two thousand miles is…5280…10,560,000…10560…times 265…total cost, $2,798,400. Three million dollars for an invisible fence clear across the country. No ecological damage, no cultural divisions, no problems . We save twenty billion.”

I always marveled at Mufi. “So how does it work? “

“The fence is buried and activated. The collars go on  all the Mexicans. But we pay for it so no hurt feelings. Anyone who approaches gets the shock of his life because we file down the electrodes just a bit.”

“Collars?” I asked. “All the Mexicans wear collars?”

“Sure,” said Mufi, taking one of my tracheas and starting chewing. “It’s happened before. For five hundred years, European serfs wore collars of various kinds. Some metal, some leather, some just horsehair. So it can work. I’ve submitted my patent. “

“To the government. They said they’d let me know by June 1st.” he said modestly.

“So they’re considering it?” I asked.

“Oh yes. They are surprised by the low price and there’s been a bit of back and forth. I had to include the labor of digging the trench to put the wire in. Added a million.” Mufi complained.

“And the collars? Do they understand that?” I asked.

“They’re fine with it. They say it serves them right for not paying. And I get a ton in royalties.”

“Well that’s the way it works these days,” I suggested. He sat next to me and we shared the tracheas.
*** 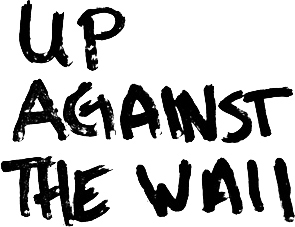 By MARQUEL: Up Against the Wall [Motherfuckers]!