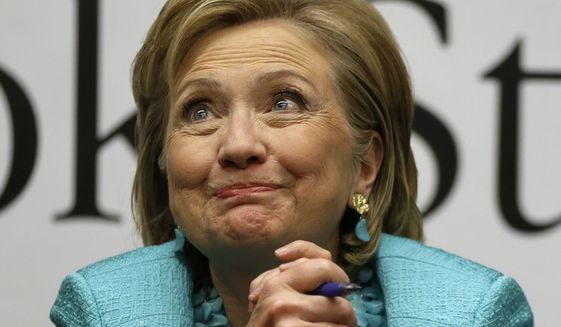 “How does Hirrary make you feel?  Tell MHV in Three Emojis or Less,” Croshondola, the Pothole View’s the Manhole View correspondent, read on her Kindleberry, as old things were being put up for sale to the highest bidder, and Croshondola cackled at irony only she saw.

Croshondola, thinking more about how the Manhole View makes her feel, wondered what emojis could exhibit her displeasure at not being wired the per diem on time.
Croshondola read further down the linkholeview, and saw that Hirrary got herself on the twatter site and had twatted herself some twats, such as,

“How does your outstanding student loan debt that I sitting idly by in the Senate through the 2000s watched as the academic industrial complex grew make you feel in three emojis or less.”  Signed, H.  More like, “sighed, H,” Croshondala hoped, for this emojified treatment of a devastating issue was not the Hirrary she knew.  Was this a sign that Captain Hirrary’s student debt law would be written in emoji?

Before Cro$hondola could even spit out of her mouth in disgust the “Cris Crispy Crisps” potato-byproduct snack-ums that Megan Kelly gave her backstage last week at the Presidential Debait-and-Switch in Ohio,… Croshondala scratched her wig and realized that her Kindleberry doesn’t even speak emoji.
Croshondola read on, seeing another irritating twat, “How does your mortgage default make you feel, & remember guys, three emoji maximum. -H”

“How does losing to Bernie Sanders make you feel Hill dawgy dawg?  Tell me in three New Hampshire primary tears or less,”Croshondola tried to twat.

Croshondola grunted, as she had just breached the 180-character limit, and because Hirrary, so “in” with the millennial twats, had bested Croshondola in the game of tiny type.  Instead, Croshondola, sensing a craving for moar crisp Crispy Crisps, gave up and twatted, 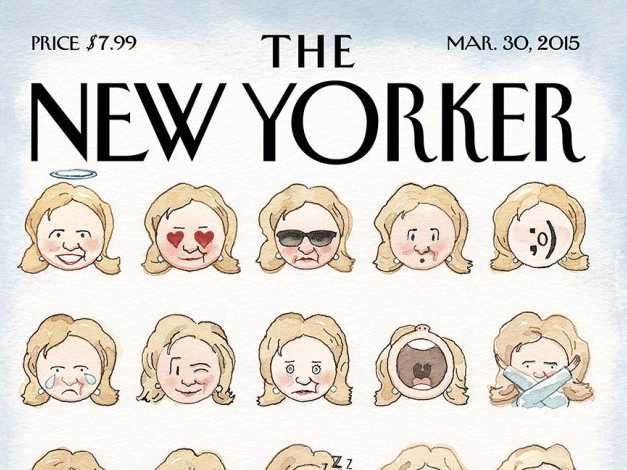