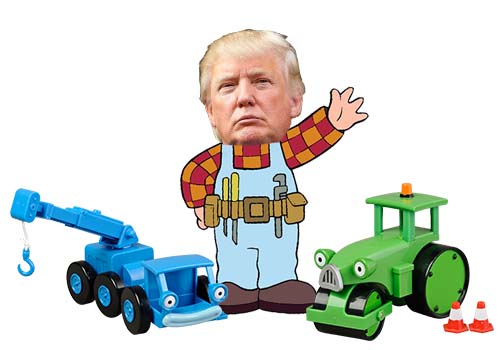 Trump-the-Builder-turned-illegitimate U.S. president signed on Wednesday an executive order which directs the Department of Homeland Security (DHS) to use existing funding to begin work on the border wall. 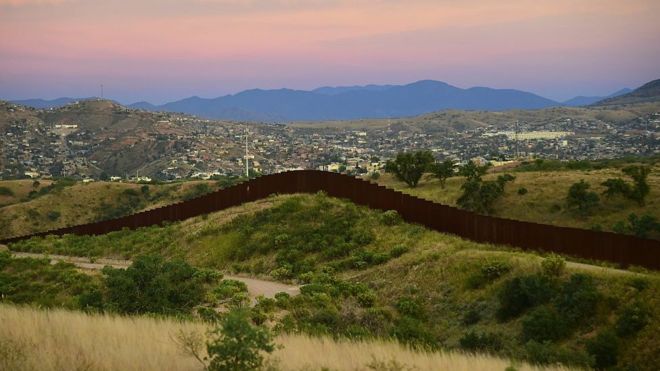 This is serious business, TPV said. Would Congress be required to foot the bill?

“No, not at all,” White House Press Secretary Sean Spicer said at the daily briefing. “Some 650 miles of the border is covered already by a confused and non-continuous series of fences, concrete slabs and other structures, and some additional hundreds of miles are taken care by natural obstacles.”

So, what exactly, would be built?

“We will build an alternative wall to stem the flow of drugs, crime, illegal immigration into the United States,” Spencer continued dipping a chip in a bowl of guacamole. “It will be a tortilla chip wall spiced with bowls of guacamole, to make the Mexicans believe that this is just another Mexican territory, so why bother?”

TPV nodded in disbelief, but hungry, it hurried up to the guacamole bowl for it came for free. Spicer asked for the security clearance pass, which we didn’t have so instead we bowed with humility and licked our lips in dismay. We were suddenly in trance getting ready to sing, “don’t cry for me America!” Seeing the press’ misty eyes, Spicer called his boss and Trump arrived with a bag of one dollar bills which he handed out majestically. TPV got three of them.

By DANA NEACSU: A Wall as Large as a Tortilla Chip