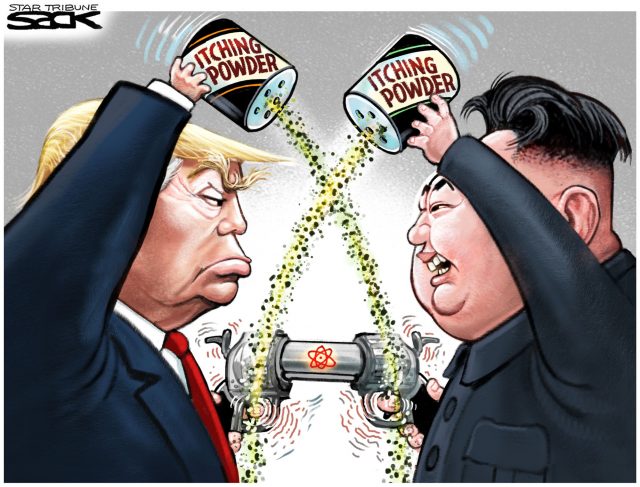 Life is a rollercoaster, unless we are talking about Trump’s life. And his is pure screaming. Because no one seems intent in discarding the old fool. No one. But us. Here are the new reasons for replacing this national embarrassment as they arose from Trump‘s first speech addressing the United Nations’ General Assembly. 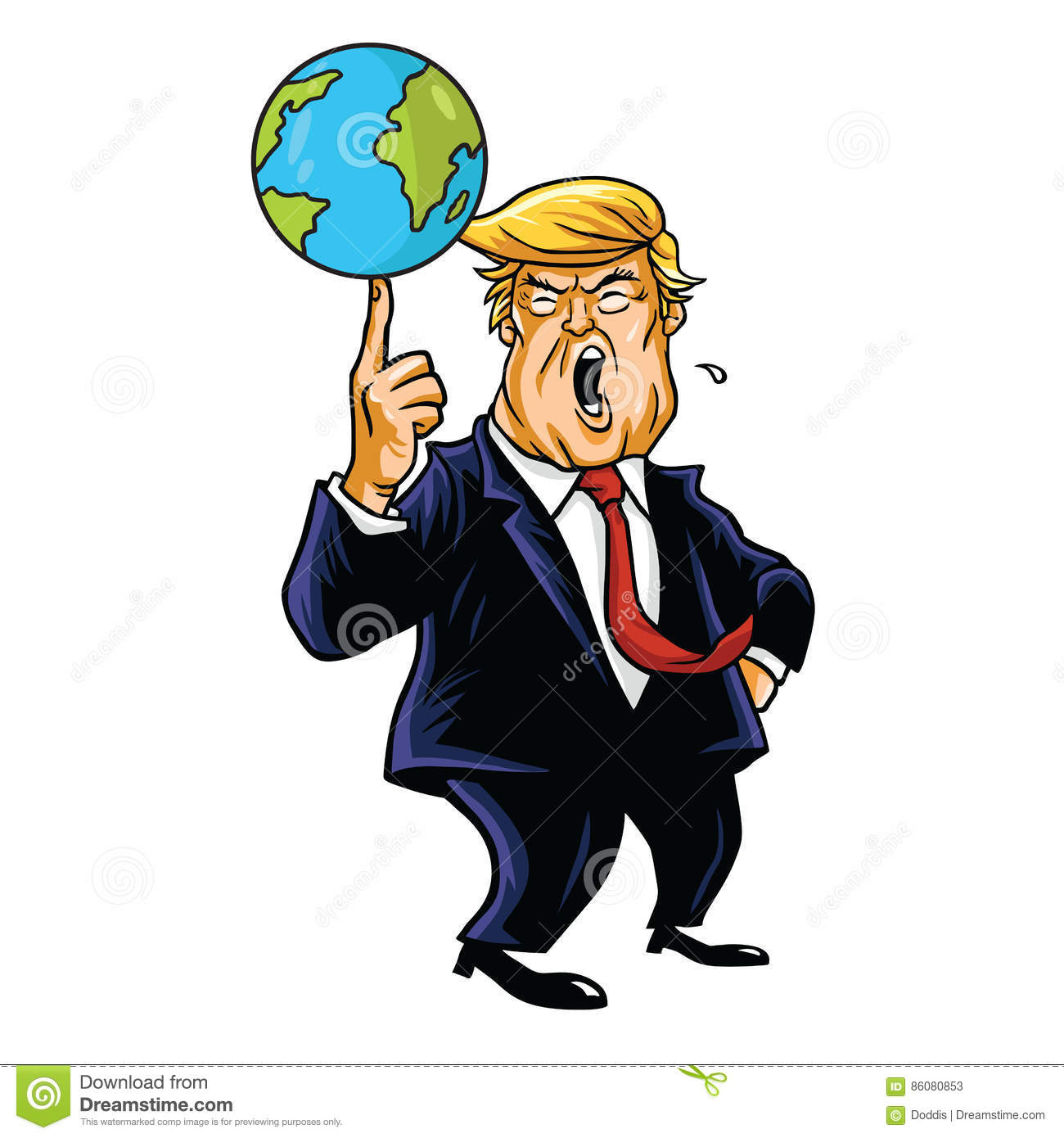 1.The mighty President of the United States delivered a speech about the vital importance of sovereignty. Other than Venezuela’s, Iran’s or North Korea’s.

“Mr Trump,’ as his UN ambassador Nikki Haley promised, “hugs people so he can slap them. It’s his form of S&M, or his way of showing the UN we will forever be a great friend of the world.”

2. While talking about North Korea, Mr. Trump started his nickname game. For the North Korean president Trump’s speechwriters came up with the Rocket Man. TPV called Sir Elton John, who was considering suing the US President for illegally appropriating his song’s title.

4. Back home in Pyongyang, Trump was not regarded much better:

“Trump is a warmonger and a backstreet gangster,” North Koreans opined. “It’s quite ridiculous that such a person could become a politician.”

5. Trump cooled down for a moment and focused on Venezuela.

“The Venezuelan people are starving and their country is collapsing. Their democratic institutions are being destroyed. This situation is completely unacceptable and we cannot stand by and watch,” Trump said. “I ask every country represented here today to be prepared to do more to address this very real crisis.”

Maduro, who did not attend the U.N. General Assembly gathering, reacted angrily from Caracas.

What is new from the Hitler with little hands?

“rogue newcomers to the world of politics.” 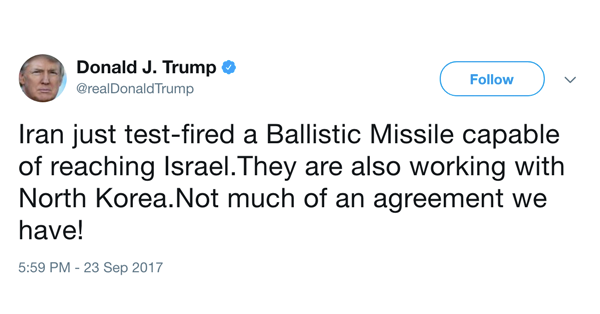 7. So, what was left for Trump to do? He took to Twitter.

And like all presidential tweets, this was “fake news,” too. No such test took place.

By DANA NEACSU: The WeekholeView on the Petty and the Paltry United States of America