Still, all we see is Ukrainians in despair.

The good news is that Mother Europe is welcoming them. Maybe because Mother knows these children are not circumcised? I am just saying that I have not heard a word of remorse from any Ukrainian for what they have done to 1 million Ukrainian Jews 80-70-60 years ago. First, got them killed and then got their homes…talking about lost homes…

So, is the Ukrainian exodus less threatening to Europeans than the earlier one? Is the Christian element the otherness bridge to Europe, especially because it comes with a strong layer of Russophobia? Could the Ukrainian exodus unite both Antisemites and Russophobes? If so, could I add an environmentalist in the mix? Let’s stop using fossil fuel so we stop enabling oligarchs from going crazy when ignored in the playground?

Oh, of course the whole world knows about the Ukrainian President with one Jewish grandparent, the only brother who wasn’t killed by … non Jewish Ukrainians in one of the concentration camps in vogue then, and shown below: 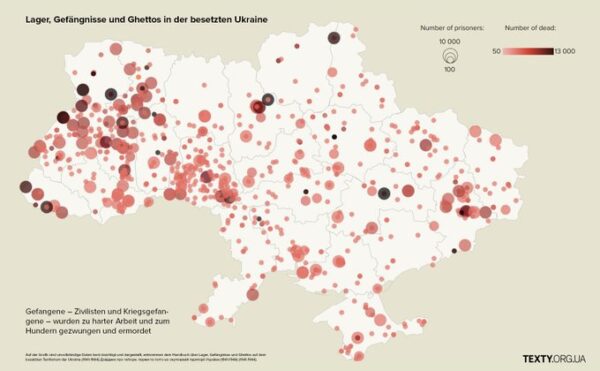 Volodymyr Zelenskyy says his party affiliation is to the Servant to the People Party. He might want to revise it and add it came with a Stockholm syndrome- built in.

So, media conglomerates. Let’s say a prayer for the bad karma of these folks, help all migrants displaced by war (including the 23 million the United States caused after 9/11), and let’s go green!

by Dana Neacsu, a Myopic New Yorker transplanted to the Bluff