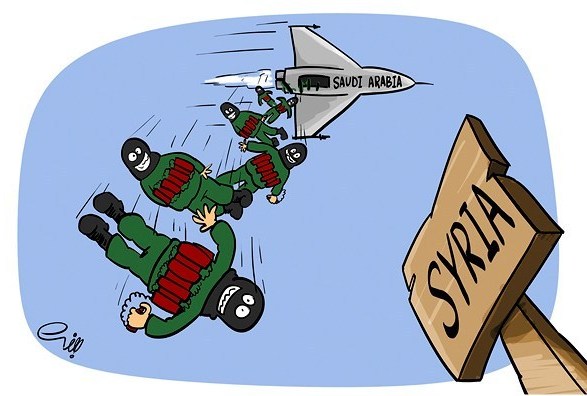 TPV just received this email about the White House honoring military men. The email mentions honors paid to people who killed Vietnamese in Vietnam for reasons not yet openly expressed as imperialistic, and to a person who killed Afghani in Afghanistan, because some form of fundamental religion produced terrorism in Afghanistan, though our allies, the United Arab Emirates and Saudi Arabia were the Al Qaeda’s financial lifeline. Since our clusterfuck in Afghanistan and Iraq, terrorism has only widespread and our refusal to support the secular regime in Syria has given territory to factions more violent than Al Qaeda.

So, why this celebration of our military, which now seems to stand for the most successful US industry with its war export? Is this because we are ready to create havoc in Syria, finally, without saying that what we are after Assad? Are we the Chamberlains of the new century ready to ignore the culprit, those who finance ISIS and all Muslim fundamentalism, The Emirates, and Saudi Arabia, just because we can also get a petty criminal, Assad?

Of course, it could also be that each time a new war is declared the country rallies behind the incumbent. But, Obama, what do you intend to do with this late-day rallying behind your ideas, or shall I say, what ideas?