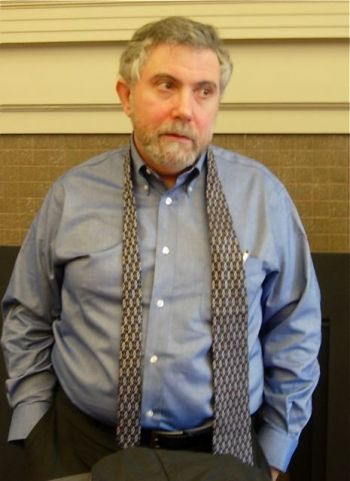 Breaking News for the Poker Table in the Clintons’ Campaign Headquarters: Paul Krugman showed up and explains why Hillary had to be anointed the leader of fearful liberals,

I think that what Hillary presents is a recognition that translating values into governance and delivering the goods is ultimately the job of politics. I don’t want to exaggerate too much, though, because Hillary is really idealistic and progressive. She believes in love, only not in hers or her family’s. They are all in for the money and we would be idiots to believe otherwise. But here you have it. You’d have to be to be in, you know, the position she’s in now, having fought all the battles she’s fought and, you know, taken so many, you know, slings and arrows from the other side, to understand how angry she would be if she would not get it. SHE HAS to get it. I am afraid of what she could do to herself if she did not get it. SHE HAS TO GET IT. All of it and I am here to support her. Also, the Times said I would be fired if I did not support her.