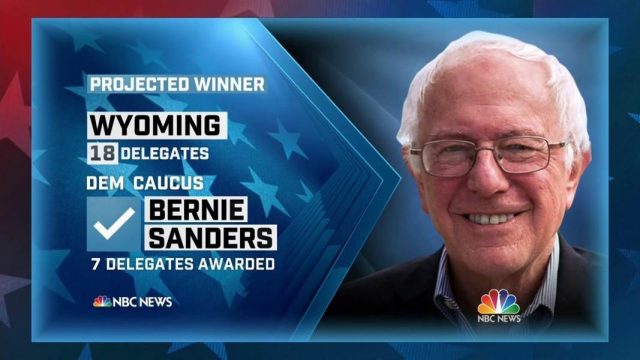 Bernie just won Wyoming. But as CNN damps it down: Wyoming is just another poor, white, rural state, which is unlike New York: urban and multicultural and filled with Hill-Billy donors.

That little state nevertheless gave Hill-Billy the same number of delegates as it gave Bernie, because, Bernie’s first name is so masculine sounding, while Hill-Billy’s is just metrosexual: half white trash- half nouveau rich, so here are the Wyoming results. Well done feminists! Bernie, the white man from Brooklyn, won 55% of the votes but 7 delegates, while your she-man candidate won the rest of the votes and the same number of delegates. 10% of Wyoming’s poor, white, rural residents became statistical error.