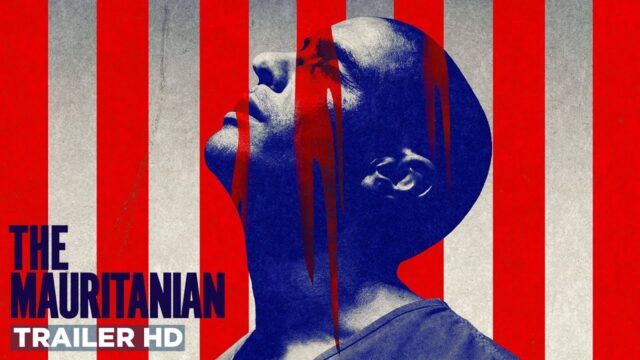 In 1976, in Taxi Driver, Travis Bickle was making the world a better place. In the process of becoming a hero, he saved Iris, a twelve-year-old runaway and prostitute. Travis, the ex-Marine and Vietnam War veteran freed Iris from being used by her pimp.

In 2021, in The Mauritanian, the hero is even more complicated. Ironically, the ex-pilot and Afghanistan War veteran, Stuart Couch, who has more rectitude than personality, still wants to save the world. In 2021, heroism is further diluted between a shaved Travis Bickle of sorts, Mohamedou Ould Salahi and a female attorney reminiscent of Bickle in her determination to save the world. Jody Foster has the honor to interpret her.

Like in Taxi Driver, The Mauritanian, too, aims for our souls, and our democracy’s. Perhaps, because we have all been acting lately (since 9/11) like little Iris: fragile, but far from ignorant, worldly, but incredibly naïve, and clearly amoral. As imagined by Paul Schrader, who wrote the 1976 script, Iris was probably too poor and too young to afford such luxury like morality. But our democracy, as it transpires from the Guantanamo Diary of Mohamedou Ould Salahi, while amoral, cannot really benefit from the youth defense. It has been around for over 200 years to know better than be pimped by Donald Rumsfeld, George W. Bush, as well as Barack Obama and his aides. Also, as portrayed by a very young Jodi Foster, Iris inhabited more dignity in her skimpy shorts than any of our democratic leaders who allowed a foreign citizen to be detained and tortured for over 16 years.  The foreigner, the “other”, the rejected, Ould Salahi finally. regained his freedom with help from ACLU lawyer, Nancy Hollander. In The Mauritanian, she is interpreted by an all grown-up Jody Foster.

In Martin Scorsese and Robert De Niro’s opus, as well as in Kevin Macdonald and Tahar Rahim’s unexpectedly entertaining masterpiece, religion puts on a festive appearance. On the island of Manhattan, in 1976, there was no competition among religious dogma. A good Christian was  supposed to make the world a better place, and De Niro’s Bickle raised to that challenge. In The Mauritanian, in the island of Cuba, where the government hides persecutors and persecuted, angels flap their wings nevertheless. The war veteran and government lawyer, Couch, though Benedict Cumberbatch gives him a bit too much rectitude, is sufficiently touched by an angel to have a change of heart and crosses over to the freedom saviors’ team. There, this ex-veteran meets a very stable Jody Foster, now in the role of the brave Nancy Hollander. However, this time there is competition between religious dogmas and whatever the accusation is for Islam, Christianity does not fare well: all the torturers are Christians, after all.

But perhaps the most striking theme in the movie is that of marginalization. The Mauritanian is about people whom we do not want among us. The American government had decided the guilt of Mohamedou Ould Salahi, interpreted sublimely by the French actor Tahar Rahim, before the American military detained him. Someone had to pay for September 11, we are reminded in the movie. Any young Arab male would have fit that bill. And almost 800 were imprisoned at Guantanamo, which continues to be open as a prison, waiting perhaps for its second American dream act to become a tourist attraction.

The underlining question becomes one of morality and retribution: should Ould Salahi be the one ostracized? Should he be the one who cannot travel outside Mauritania – though a free man, he is currently deprived of a passport, most likely at the request of the American government? Now that he can sleep after having been tortured with sleep deprivation, submitted to stress positions, auditory bombardment, water boarding, kicking, hitting, all described in his book, should he continue to be marginalized?

Describing the many faces of marginalization is where Taxi Driver magnificently succeeded. Bickel, originally a deviant, was eventually embraced as a hero. In its last 30 minutes, The Mauritanian delivers a cathartic transformation: ours, and we, the audience, feel empathy, shame and probably collective responsibility. But, we cannot really save our souls forgetting the savior. Are we ready to embrace Mohamedou Ould Salahi as a hero for showing us how freedom and forgiveness work? Are we really ready to root for him? I hope so.