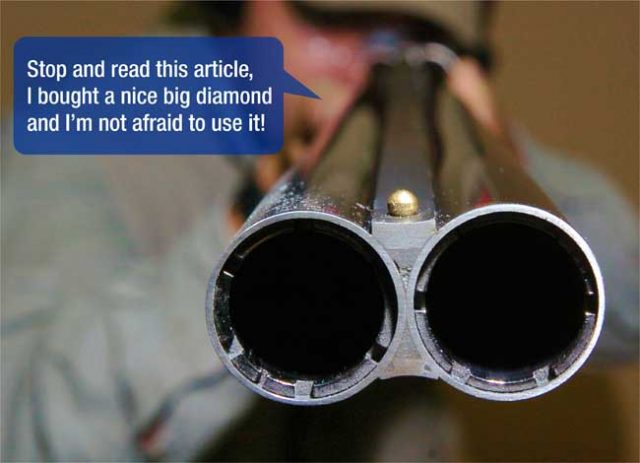 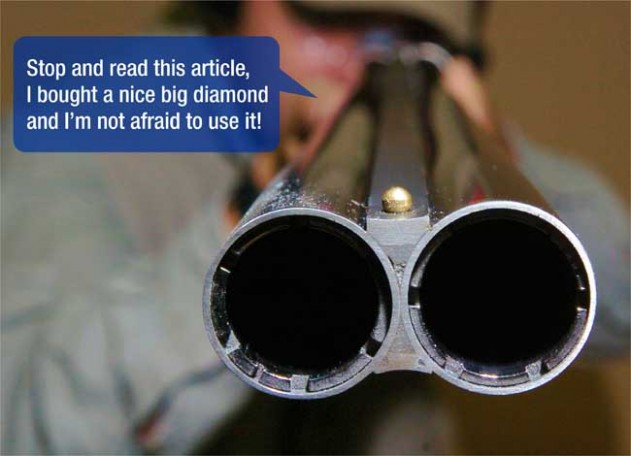 I say to you, if the world will ever look for a shorter way to go to hell, that shortcut will be revealed to the world by a retailer!

This often overlooked group of professionals may never cease to invent shit that sells, to a level that one can begin to doubt that the gift of creativity is a good thing after all.  Should the entire world population thank to their various gods because no retailer have yet thought of selling himself as the ruler of the Planet, or as we say it in America, to become the United States president?

Yes, it is a proven fact that retailers understand the world of today to a deeper level than anyone around, and as we write this, the latest genius just made his mark in Atlanta!  It is true: this owner of a jewelry store gives away a gun for every diamond bought for a sum greater than 2500 dollars; and of course, his logic was clear as a diamond and straight as the path of a bullet.

He thought: the crisis gets worse; those good, poor people, turned evil; criticism became the new conformism; the rich see threatened their right to publicly exhibit indecent wealth, and they may want to fight back.

And as life seen by a retailer is, again, all about fulfilling the “not yet fulfilled”, we may soon find some poor people filled with bullets just because they naively admired that ring on the finger of a rich lady.

Having Hatched All He Could Hatch, Orin Goes Sayonara