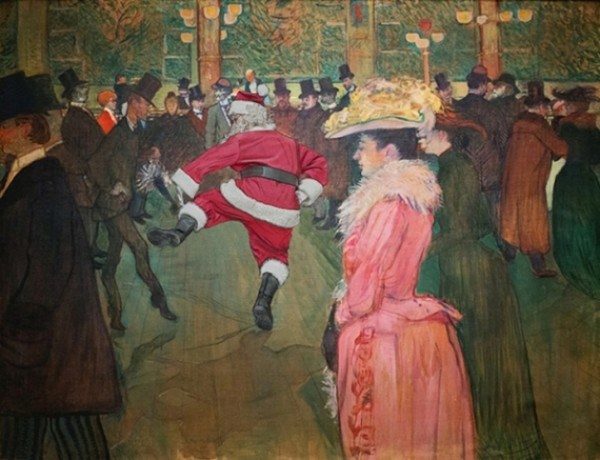 Every Christmas Eve, the North American Aerospace Defense Command in Colorado Springs, Colorado (NORAD), claims to track Santa Claus’ flight across the globe, a tradition dating to 1955, when a department store printed the phone number of a NORAD colonel in a Christmas newspaper ad by mistake.

This year, though, the NORAD calls came at a precarious time for the president, who is mired in crises, from a government shutdown that has affected a quarter of federal agencies and departments to a stock market selloff amid Trump’s public criticisms of the Federal Reserve.

The NORAD calls were the first time Trump has been seen in public since the shutdown began. Luckily, Melania was on hand to answer some of the questions too.

TPV really liked Trump‘s unusual foray into discussing a kid’s belief in Santa. I like that he got us out of Syria, and I even liked this clip:

This much maligned call lacks the 1961 propaganda feel of President John F. Kennedy. Take this unearthed letter where JFK felt the need to reassure the parents of Michelle Rochon of Michigan that America won’t blow us up.

All TPV is trying to say is:

Trump is a fool, but then, aren’t we fooled, too? Right now when a coup might be in the making let’s try to think hard about who is really gaining from it. Not you and me, that’s for sure.