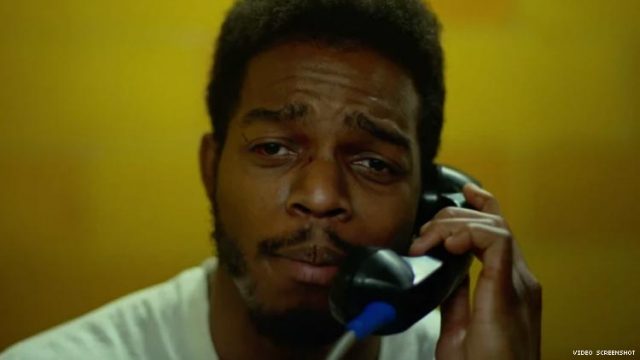 Tomorrow, the kids stay home to honor MLK Day: Dr. Martin Luther King,Jr., and his civil rights legacy. If his legacy were only limited to poetic gestures of justice like the posthumous pardons of Samuel Shepherd, Walter Irvin, Charles Greenlee and Ernest Thomas – known as the Groveland Four — available now because of his movement, that would be plenty to think about. But there is more, as James Baldwin’s Beale Street bears witness.

The Lost Youth of Groveland Four

On January 11, 2019 Florida pardoned four men for a fabricated rape by then 17 years old woman, Norma Padgett. In 1949, her false accusation of rape brought three of the four youth to death through state-endorsed assassinations. The pardon is painfully too late and too little for a long-time violent Jim Crow America.

The Groveland Four story, as read in Devil in the Grove, was on my mind when I saw the brilliant @BarryJenkins’s recent movie: If Beale Street Could Talk.

And I was weary of my pain confronted by a past which cannot be erased and a present where descendants of both the victims and the perpetrators are my countrymen. Sheriff Willis McCall who killed or was responsible for killing Three of the the Groverland Four, himself deceased, continues unencumbered and multiplied in the equally dangerous, intransigently ignorant South while derided as white trash by racially and socioeconomically stratified America.

Unlike Groveland Four, If Beale Street Could Talk doesn’t make you become an NAACP Silver Life Member. It does something else. It atunes you to start better listening, observing, and more accurately rendering what you see so you can stop the ills from multiplying and spreading.

If Beale Street Could Talk relies as much on art as on history to change people. Here, like in Groverland Four, a woman identified an innocent man as her rapist. Unlike in Groverland Four, the wronged man was a successful man: a free man who gave as much love as he took. If such a vibrant man can be so recklessly destroyed, then anybody – free or not -might easily be shown to their designated spot, too.

And that is a terrifying lesson, worth embracing compassion and community for.

If Mike Could Feel Pain. Even Other’s

Now, if Mike Pence could only talk to residents of any Beale Street, that would be art in action. Mike and his lady would learn so much that it would be overwhelming. But they might also stop from becoming foolish parrots insulting the memory of those whose words they cannibalize. MIke invoked the promise of democracy, but what is democratic in his administration? Nepotism? Unabashed conservatism? Ignorance? Fearmongering? Which one does his administration want to preserve?

Speaking Sunday on CBS’s “Face the Nation,” the vice president quoted from King’s “I Have a Dream” speech as he defended Trump’s latest pitch to secure funding for a barrier along the United States’ southern border. The budget impasse over the wall has resulted in the longest government shutdown in history, one that has left thousands of federal workers without pay.

“One of my favorite quotes from Dr. King was, ‘Now is the time to make real the promises of democracy,’ ” Pence said. “You think of how he changed America. He inspired us to change through the legislative process, to become a more perfect union.

“That’s exactly what President Trump is calling on Congress to do,” Pence continued. “Come to the table in the spirit of good faith. We’ll secure our border. We’ll reopen the government and we’ll move our nation forward as the president said yesterday to even a broader discussion about immigration reform in the months ahead.”

So, Mike, before you parrot our great Black leaders, go to any Beale Street and try to hear something, as if it could talk to you, and as if you could hear it. And if nothing happens, go back home and stay put. It may come to you one day.